As a female GP in my mid-forties, I increasingly see women whose lives have been detrimentally affected by menopausal symptoms. Many of my friends are also experiencing similar symptoms, but are confused and often worried about the prospect of taking hormone replacement therapy (HRT). 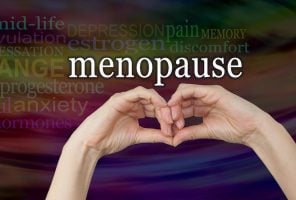 I feel I have a very important role in my job of educating women about the menopause and HRT.  It has been estimated that only around one in four women who would benefit from HRT actually take it. Many women are scared as they only hear about negative reactions, often from talking to friends and reading articles about it.

So I would like to tell you some accurate facts about HRT. Many of the studies that newspapers quote are old, badly designed and often inaccurate. There have been many newer, more relevant studies published over recent years demonstrating numerous positive effects from HRT.

When I ask women what they know about the common menopausal symptoms they have or expect to have, they all mention hot flushes and night sweats.

Many also think that their symptoms will only last for a few months or a year and then will improve when they have “gone through their menopause”. Unfortunately, symptoms can often last far longer than this – more than half of women still feel the effects seven years after their first hot flush.

HRT obviously improves all these menopausal symptoms, and is actually the most effective treatment currently available.

READ  Menopause and its symptoms: what you need to know

In addition, these are some of the other benefits from taking HRT:

The most common reason women report being scared to take HRT is the worry that it will cause breast cancer.

I would like to dispel some myths about this. Firstly, not all types of HRT are associated with an increased risk of breast cancer.

If you have had a hysterectomy in the past and only need to take oestrogen then there is no increased risk.

With the combined forms of HRT (that is containing both oestrogen and progesterone) then some studies have shown that there is a very slight increased risk of breast cancer.

However, at worst the link between HRT and breast cancer is similar to the risks of drinking two or three glasses of wine each night and are less than being very overweight or obese. This is equivalent to one extra case of breast cancer in 1,000 women.

Taking HRT has never been shown to increase a woman’s risk of death from breast cancer. 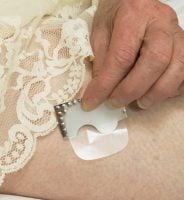 There is a very small risk of clots or stroke when taking HRT in tablet form. However, taking oestrogen as a patch or gel does not increase the risk.

The importance of a check up

I often initially give women HRT for a three month trial. Most women return to see me feeling so much better and very happy.

Some women just take HRT for a relatively short time. I have a lot of female patients who choose to remain on HRT for many years, to continue feeling the benefits from taking it.

It is important that women are aware that, for the vast majority under the age of 60 years, the benefits of HRT really do outweigh any risks.

Obviously HRT is not the only answer to women beginning to experience menopausal symptoms; regular exercise, reduction in caffeine and alcohol and improved diet, especially reducing refined carbohydrates, are beneficial and should be implemented.

If you are experiencing any symptoms you think may be related to the menopause, make an appointment to see your GP and discuss the options.