Home / Menopause Hub / Managing menopause / Early menopause and its treatment: what you need to know

What is early menopause and how is it treated? 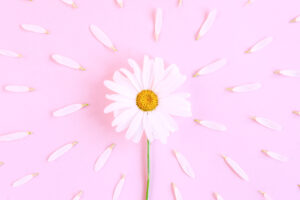 As part of our Lunch & Learn series of webinars, Henpicked spoke with consultant gynaecologist Mr Nick Panay, to understand more about early menopause, what it means and how it can be treated.

What is early menopause and how is it diagnosed?

Henpicked: Let’s start by asking: what exactly is early menopause and how is it diagnosed?

Mr Nick Panay: It occurs when periods stop before the age of 45, which probably affects about 10-15% of women.

If this happens before the age of 40, it’s known as premature ovarian insufficiency (POI), which affects about 1% of women. We don’t know the exact figures as often women aren’t presenting with this problem. Often they don’t think an irregularity of periods is due to early menopause, particularly when they’re very young. We often put these things down to stress, changes in weight, or polycystic ovarian syndrome (POS).

Sometimes they do present to their doctors but they are not investigated early enough. A doctor may say it’s likely that your periods will return so we don’t need to do anything about it. I’m currently campaigning about menstrual awareness, for these young women presenting with missed periods for 2-3 months to be investigated sooner rather than later.

Mr Nick Panay: For the majority of women with spontaneous POI we don’t know. The likelihood is that it’s genetic. Autoimmune disorders can be a factor such as thyroid, adrenal or lupus, or it may result from infections such as mumps or TB.

There are also surgical causes, and radiotherapy and chemotherapy can have an impact. In the latter cases it tends to depend on the age of the patient and the dosage levels as to whether this menopause is permanent or temporary.

There is some research underway looking at reversal for women with spontaneous POI – it will be a while before we have a breakthrough, but it’s great that this is happening, as this can be a very demoralising experience for a woman.

Henpicked: How early can menopause happen?

Mr Nick Panay: We do see very young women in their teens whose periods haven’t started, known as primary amenorrhea. As you can imagine, the physical and emotional support they will require at that stage of their lives is immense.

Henpicked: Can it be harder for women taking birth control to realise what’s going on with their periods?

Mr Nick Panay: That’s right, often the first realisation there’s a problem is when women comes off the pill and finds her periods haven’t returned. We used to say that was because of the pill itself. Now we’ve realised it’s usually because the pill was masking a problem, rather than causing periods to be delayed in returning.

Mr Nick Panay: I was part of the NICE guideline development group. The reason we said this about women over 45 is that the likely diagnosis when presenting with symptoms is menopause. For those presenting earlier than 45, particularly those under 40, it can be harder to diagnose. They may not be experiencing classic symptoms like hot flushes and sweats. In these cases, we would carry out blood tests.

Why is it important for women with early menopause to get extra support? 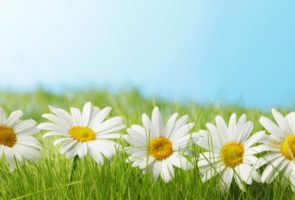 Henpicked: Why is it important to get the extra support?

Mr Nick Panay: The condition itself can have a profound effect on a woman. It’s not just loss of hormones but loss of fertility, and this can have a psychological effect.

It can affect their partner, their family and their working life, due to symptoms out of her control. This may not be fully understood by manager or colleagues, but all have a responsibility to be aware and provide adequate support.

Henpicked: Are there greater health risks for women who experience menopause earlier?

Mr Nick Panay: Early menopause leads to loss of oestrogen, which can lead to hot flushes, sweats, mood swings, loss of sleep, vaginal dryness – it’s all about quality of life. If left unchecked it can also lead to increased risk of osteoporosis, cardiovascular disease and it’s even been linked in the very long term with a potential increased risk of Alzheimer’s.

So for all these reasons it’s important we make a diagnosis early and start treatment early, either with the pill or HRT. This should be continued until at least the average age of menopause, which is 51.

READ  Early menopause and its treatment: what you need to know

What treatment and support are available?

Henpicked: How do women choose which treatment option to take?

Mr Nick Panay: It may be they still don’t want to risk getting pregnant, in which case the pill may be the best option. But for those not seeking birth control we advise them to use hormone therapy which mimics as closely as possible the hormonal environment that would have been present. This seems to be best at restoring quality of life and protecting bones and the cardiovascular system.

Henpicked: When would you recommend a woman moves from the pill to HRT?

Mr Nick Panay: Often younger women find the pill a good practical choice, as it’s what their peers are using. One thing to remember, women on the pill usually take a four or seven day break but with this condition if you take a break from the pill there can be a resurgence of symptoms. So I usually advise these women to take the pill continuously.

As time goes by and contraception maybe less of an issue, I would recommend moving gently into the hormone therapy treatment. Side effects with modern HRT are rare. Sometimes it’s not just oestrogen and progesterone, but also a bit of testosterone, which can help with energy and libido.

Henpicked: We understand there is a new spray HRT?

Mr Nick Panay: Yes, and it’s always a deep joy when I see a new preparation on the market, especially one which favours delivering oestrogen through the skin. We believe that avoiding delivering via the liver is the best way to minimise side effects.

We’ve got gels and patches, now we have a spray oestrogen which can be applied to the arm. We need to still use progesterone, but it’s great we have this as an option. Younger patients often prefer not to wear patches but to use something which is more discreet.

Henpicked: Do some women with early menopause worry about how long they can take HRT for?

Mr Nick Panay: Yes we need to get away from the ‘five years’ mantra. In particular this doesn’t apply to women with early menopause, they are advised to use hormone therapy until at least the average age of menopause. Studies have shown the longer these young women continue HRT, the lower their risk of bone fractures – poor bone health – and the better their quality of life.

Henpicked: In the last 10 years HRT has had a bad reputation, are we seeing the reputation of HRT starting to change?

READ  What to eat for a healthy menopause...

Mr Nick Panay: Very much so. And we have to be very careful not to extrapolate the problems talked about with HRT for natural menopause when we’re replacing hormones associated with POI or early menopause. We are literally just restoring the natural hormonal environment. We don’t think this increases the risk of breast cancer above what it would be if the ovaries were working.

In my experience, if you get the hormone therapy right the side effects are very few, both in terms of quality of life and other problems we’ve talked about. 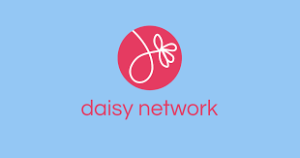 Henpicked: You mentioned earlier that menopause doesn’t just affect individuals. It can also affect partners? What support is available?

Mr Nick Panay: Absolutely, but there is support for both out there. I’ve been a patron of The Daisy Network for many years, the work they do is fabulous.

They aim to make women with POI feel supported, to optimise quality of life and wellbeing. They also hold meetings for women and their partners to come in to learn from experts in their field talking about the latest developments.

Henpicked: Some women are putting off going to see their GP due to COVID-19, what would you recommend?

Mr Nick Panay: It’s even more important to maintain general health and wellbeing during this difficult time, so we can hit the ground running when we come out of it.

Henpicked: What other advice or treatment options are available?

Mr Nick Panay: We don’t always get the HRT right first time, it can take time to get right preparation for the individual. But I think with due care we can find a hormone therapy for every single woman. If it’s problematic we do look at other options, such as complementary therapies derived from red clover or soy. The problem with these is we cannot guarantee adequate protection of the bones and heart. In these cases we’d recommend close monitoring.