Home / Work and money / Careers / Are you suffering from Imposter Syndrome?

Do you know what Imposter Syndrome is?

Is this familiar: the nagging feeling of not being quite good enough? The feeling that you will be found out and found wanting? The fear that you don’t know as much as people think you do and one day someone will discover that?

This is Imposter Syndrome and it is a very common phenomenon. 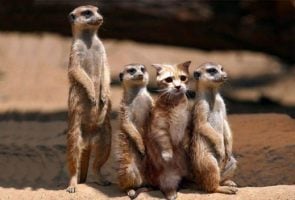 First described in the 1970s by psychologists Suzanne Imes, PhD, and Pauline Rose Clance, PhD, it occurs mostly among high achievers who are unable to internalise and accept their success.

They often attribute their accomplishments to luck rather than to ability, and fear that others will eventually unmask them as a fraud.

Originally Clance and Imes believed it to only affect professional women but subsequent research has shown that men are just as likely to experience these feelings of self-doubt. And just as likely to build walls (like a huge desk in a vast office) around themselves.

Men suffer just as much, but perhaps they suffer in greater silence.

I asked the question of Sindy Kaur, coach and make up artist who helps women discover and drop their masks.

“Women receive ‘evidence’ that they’re ‘not good enough’ in many ways which can knock their confidence and make them doubt themselves. From lower rates of pay for the same job as a male colleague to chauvinistic attitudes in male-dominated professions and fewer role models in the positions women aspire to.

READ  Women and work: the problem with working part-time

I also wonder whether women are so used to multi-tasking and just getting on with it that that they don’t even think about blowing their own trumpets – and when they do, it feels uncomfortable – after all, ‘girls should be seen and not heard’, shouldn’t they?”

Is this part of our problem, that we have learned not to blow our own trumpets and so focus more on our perceived lack than our real achievements?

Back in the 1990s, Peggy Orenstein wrote in her book Schoolgirls: Young Women Self Esteem and the Confidence Gap that “We live in a culture that is ambivalent towards female achievement…It has taught us to undervalue ourselves. We denigrate our successes: blow up our failures.”

Whatever the underlying cause, the effects can be emotionally devastating with a feeling of cold dread dripping down your spine. So how can you get over it?

Focus on the value you bring, not on trying to be perfect

You have a set of skills and experiences in a combination that no-one else on this planet has. Focus on those; they have enormous value. Pour your time and energy into those things and give up trying to improve the things you can delegate or pay someone else to do. Give your best and stop trying to be the best.

Quit the comparisons with other people

Other’s lives are not effortless. They are probably struggling to juggle all their balls too. Comparing your perceived weaknesses against another’s perceived strengths is futile. They might be great at something you aren’t, yippee! That means you can hire in or utilise their skill and stop wasting your talents trying to do it yourself.

READ  Types of career in the finance sector

We all tend to focus on the things we haven’t achieved rather than those we have. Sally Canning gets her clients to make a list of 75 achievements from across their life. It doesn’t have to be all big stuff, small things are just as valid. Ask friends and family – they will come up with things you have forgotten about. And once you have your list, own it. All these things didn’t happen by chance; you worked for them.

Sindy Kaur suggest that you Imagine yourself at the end of your life:

It might seem easier to put on a mask to hide behind and project a ‘perfect’ image to the outside world. But in the end, the one who will always find you out is yourself.

“It takes courage to step out from behind the mask, and from my experience of helping women to do this, it doesn’t happen overnight,” says Sindy. “However the rewards are worth it, because instead of hearing words like ‘fraud’, ‘fake’, or ‘imposter, you hear ‘authentic’, ‘passionate’, and ‘fun’.

In my personal experience my mask stole my mojo. Now I’ve got it back I wouldn’t put it back on for anyone!”

READ  The six biggest career mistakes you can easily avoid

Now maybe that is the secret: when you find your mojo, your own true voice and your own flow, that feeling of dread disappears because you no longer need to hide from your worst critic – yourself. It’s time to say goodbye to Imposter Syndrome.