Home / Time off / Culture / A Raisin in the Sun: a fascinating look at culture in the 50s

A Raisin in the Sun is an intriguing look into African-American culture and the racism in the 50s. 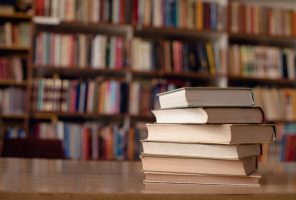 Its central theme examines what the pursuit of happiness is and what it means to different people in the same family. When it comes to A Raisin in the Sun historical context or A Raisin in the Sun historical background, one can find numerous free papers online written by students and professional writers. In this article, we’ll try to provide a fresh look at this masterpiece of literature.

This famous work by Lorraine Hansberry deals with the fact that black people might have been free in the 1950s, but they still lived on the bottom of American society. It serves as a great example of the struggle that minorities had at the time. Writing an essay devoted to A Raisin in the Sun analysis or an essay sample is considered a great way to become more familiar with the work’s themes.

Here, we will look at the plot for A Raisin in the Sun that premiered in 1959:

It’s all about the politics

Lena aka Mama. She is the oldest member of the family, and it is her husband who has passed away. Lena dearly loves her family, is traditional, and against the consumption of alcohol.

Walter Younger. The lead character of the play, Walter, has a wife and son. His sister also lives with them. Walter is a Limo Driver by trade and dreams of “making it”, which to him means attaining middle-class status.

Ruth Younger. Other than that she is married to Walter and is mother to Travis, little is known of her background. What is known is that she is fiercely loyal to her mother-in-law and the rest of her family.

Travis Younger. The son of Walter and Ruth, Travis is clever and spirited. Although he is just a kid, he still will do anything he can to help support the family.

Beneatha Younger. She is Walter’s sister and is the most educated of them all. She has two interests in her life: George Murchison and Joseph Asagai. Beneatha plans on pursuing an education in medicine.

Walter lives with his family in a cramped apartment in a lower-class neighborhood of Southside Chicago. Walter’s mother, or Mama, is expecting an insurance cheque for $10,000. Walter wants to put the money into investing in a liquor store with two others, but Mama is religiously opposed to the sale of alcohol and wants the money to go to Beneatha’s education.

An argument over how to spend the money ensures, but ends once everyone has to leave for their jobs and other commitments. Ruth faints only to discover the next day that she is going to have a child, but finds it nearly impossible to tell her husband who is waiting for the mail. Once the cheque arrives, Walter again insists on spending the money on his business, casting side any concerns for his pregnant wife.

Later that night, Beneatha is dancing to African music and wearing Nigerian robes that one of her two suitors has given her. Walter and Ruth are present while the second of her two suitors arrive to belittle both her gifts and adherence to her African heritage. Beneatha later spends time with him where they both admit that they have drifted apart.

READ  Looking for some lockdown reading?

After Beneatha’s suitor leaves, Mama returns announcing that she’s used part of the money to put a down payment on a new home. While Ruth is overjoyed that they will have a bigger home to live in, Walter is angry that Mama has taken away his dream for a business.

Later that week, while packing for the move, Mama feeling guilty over Walter’s assertion that she has “butchered” his dreams, and decides to give him the remaining money, but only if he promises to put aside $3,000 for Beneatha’s medical education once the business is thriving. Walter gives the money to Willy, one of his partners, certain that his dreams will be realized.

One week later, Karl Lindner, a representative of the new neighborhood, arrives, offering to buy out their home for a generous amount of money. The reason why? He and some of his cohorts don’t want black people to live in their community. Walter throws him out. Matters only get worse once Walter finds out that his partner Willy has absconded with all of his money.

Just an hour later, Asagai, one of Beneatha’s suitors drops by to visit, not knowing that the money to be set aside for her education is now gone, leaving her crushed. To her surprise, he berates her for being so materialistic and proposes to her. Along with the proposal, he invites her to join him in Nigeria to practice medicine.

Walter decides that he wants to accept Lindner’s offer as a way of recovering the money that he’s so recklessly lost. Mama appears to accept the idea, initially, to placate Walter and his desire to achieve his dream. His wife, Ruth, is upset at the idea of making do with the apartment they have.

READ  Changing your name by deed poll: who needs to know

An impassioned plea from all three of the female members of the family detracts Walter from accepting the offer from Lindner. In the end, he assures the disappointed Lindner that they will make great neighbors once they’ve moved to Clybourne Park.

The play ends with the family leaving the apartment for their new home. It’s a happy move with an uncertain future.

Lorraine Hansberry wrote nearly a dozen plays before she passed way in 1965 of cancer. This is one of her works she will be always remembered for, as some themes she discloses here are still relevant today.