You’re feeling a bit ropey. But you’ve got to go to work, do the school run, attend an important meeting, give a presentation. 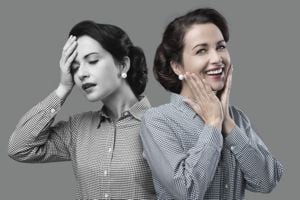 Feeling ill is awful, but happens to us all at some point. Pushing yourself back to work before you’re ready can cause you some long-term problems.

Let’s be honest. How many times have you:

It’s a moot point, because it’s fairly certain that any woman of working age has done this at some point, if only to get away from the cooking and the washing.

As the Winter brings us more seasonal viruses, the issue of convalescence and not passing our bugs onto our co-workers again becomes important.

Illness of any kind takes a toll on our bodies. Common sense used to force us to take to our beds and remain there till the worst of our illness was over and then keep us working at a minimum level until we were recovered.

Now, it is common for people to go to work when they are clearly not fit to be there. Subsequently these same people will become ill over and again and repeat the pattern of martyrdom until they become seriously unwell.

There used to be a flourishing industry of convalescent homes by the sea, in the mountains (Switzerland and Austria were very popular) and in places where you could ‘take the waters’ or ‘take the air.’

It was understood that recovery took time and that hurrying things along simply would not do.

The working poor certainly didn’t have that luxury, which is one of the reasons they died younger than those with greater economic means. The contributing factor here is not simply money but also the opportunity for rest.

Sick leave: it’s there for a reason 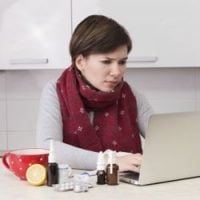 Modern employment law allows for a modicum of paid sick leave to make sure that you don’t spread your infection and that you recover sufficiently to do your job well.

Many employers also allow for more than the minimum. While it’s important not to abuse the system, if you are ill there is a back up.

If you are self employed it seems a little more complicated, however. When you are the product you are selling, your illness may have far-reaching implications. But if you don’t allow yourself to recover the first time you may well find yourself in greater trouble further down the line.

So, if you want to manage your physical and mental health and build foundations for future wellbeing, take a few steps to ensure you are doing the best for your employers, your family and yourself.

If you have an illness, listen to your doctor or your alternative practitioner and rest when told to do so.

A few days’ rest might be inconvenient but it is a whole lot less inconvenient than years of fibromyalgia or ME!

While you are ill:

READ  LadyCare: does it work?

When you are over the initial phase try not to overdo it. Allow yourself no more than half an hour at a time doing chores. Then sit down and rest.

Listen to your body and when it tells you you’re done, you’re done. Running yourself into the ground before you are well will set your recovery back.

If you’ve been in bed for more than a week it will take you more than another week to recuperate. Set realistic goals and don’t exhaust yourself because if you do, that bug may get a chance to have another go at you.

Finally, when you go back to work don’t feel you have to behave like superwoman to make up for your absence.

Your boss and your co-workers will get far more from your healthy presence than they’ll get from two hours of you coughing and spluttering over them because you went in too early, gave them all your bug and had to go home again.

Modern life is busy. But it really is important to stop, relax… and let yourself recover.