Home / Time off / Culture / Writing a novel: notes from a first timer

Freedom on her labour of love: writing a novel.

When I first started to write “Pundit” I had little idea about writing a novel. I had written plays previously and was somewhat familiar with the method of telling a big story (as opposed to a concise 5000-word short story), but I really had no clue what I was doing. I found out the hard way.

I spent countless hours tucked away in the back corner of my flat, desk facing the wall (I had read Stephen King’s On Writing, after all) and carefully crafted what I considered exquisite scenes and stunning turns of phrases that would no doubt land me a Booker Prize nomination. It wasn’t arrogance so much as a faith. I believed in my story, fell in love with K, Lisse and all the characters in the world unfolding on the pages before me, and knew others would as well.

When my first draft was completed I handed it to a trusted beta reader (those wonderful souls who read first versions of books and give honest feedback.) It came back with a ton of honest feedback. I was crestfallen. It wasn’t the masterpiece I thought it was.

Should I Stay or Should I Go?

I’m not one to give up easily and after the few weeks it took for my pride to heal, I found myself returning to the scene of the crime. I began tackling the comments, most of which I soon realized, were very well-founded. I learned that although I was telling a good story, I hadn’t written a good novel and that was the job I’d been hired by the characters in this book to do – write a novel. The only thing was – I didn’t know how.

I put ‘Pundit’ aside and set out to learn. I read every “How To Write A Novel” book I saw, talked to every novelist I could find via twitter, Facebook, email, you name it. I was a woman on a mission. I needed to add tools to my tool box, I needed to understand what made a novel different from other mediums.

I took notes, I did exercises, I read contemporaries. And I re-wrote Pundit for a second time. And when my beta reader handed back more honest feedback, I learned that by implementing every trick, tip, and technique in the book I had created little more a bloody mess.  I had become so focused on doing it right, I forgot about the story.

Do Not Pass Go 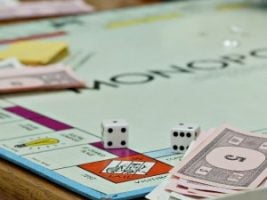 While I was beginning to think I didn’t have a novel in me, I couldn’t shake the fact that I needed to have the people of ‘Pundit’ (and they were fast becoming people, not just characters) feel love & hate, admiration & admonition. I needed to get them out there.

Round three. But this time, I had found methods that worked for me: I went back to page one and sketched out what happened in each chapter, sticking post-it notes all over my wall, struggling to organize it. At one point, I even had a flow chart. And slowly, it began to coalesce into something different than previous incarnations; it was turning into something good.

I had killed off characters. I had fought with and against myself. I had cried myself to sleep out of fear and frustration. I closed the laptop a dozen times swearing off ever writing another word. I complained. I cajoled. I pleaded. I prayed. I wrote.

After version three, it was ready to send out into the world, which is another process, for another post, altogether. In the end, I found a publisher whom I adored and decided to let them publish Pundit. It was done.

My masterpiece was handed off to their editor for another review returning once again with a slew of specific questions and areas for improvement, or change. 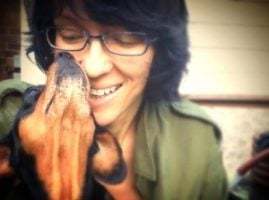 I slowly read each comment, feeling a little smaller and just a little less confident with each one. But I’d come this far. In for a penny, in for a pound, right? When it was all done I’d written nearly an extra 10,000 words, after eliminating countless others. My fingers ached from the effort, but the book was better.

I now had a fitting vessel with which to send my beloved characters into the real world: K Johnson, owner of the Polaris, a comedy club in 1990s Toronto (Canada). His comedians Lisse Bergan and Wyatt Anderson. The Sweetwater Comedy Festival. The sex, the drugs, and laughter.

It’s the world of stand-up comedy and there’s nothing funny about it.

And it only took five years.

Now the work really begins. Marketing. I’m learning new skills, picking up new tools, and making new mistakes in the pursuit of readers who will stop by and let me tell them a story.