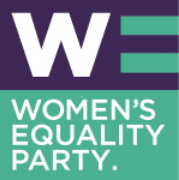 Equality for women isn’t a women’s issue. When women fulfill their potential, everyone benefits. Equality means better politics, a more vibrant economy, a workforce that draws on the talents of the whole population and a society at ease with itself.

The Women’s Equality Party (WE) is a new non-partisan force in British politics uniting people of all ages, backgrounds, ethnicities, beliefs and experiences in the shared determination to see women enjoy the same rights and opportunities as men so that both can flourish.

The Women’s Equality Party is working towards such a society.

We will bring about change by winning—support, votes and seats. We do not try to present ourselves as a party with an answer on every issue and a full palette of policies. Our focus is clear and unambiguous and we will not stop until all the main political parties embrace and adopt our agenda of equality and take action to achieve it. 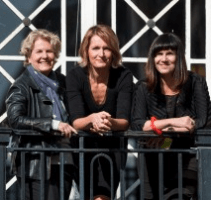 The Women’s Equality Party was co-founded by author and journalist Catherine Mayer and broadcaster and author Sandi Toksvig.

On 3 March 2015 Mayer proposed founding a Women’s Equality Party during a debate on women in politics held as part of the Women of the World (WOW) Festival at the Southbank Centre. She rang Toksvig the next day to seek Toksvig’s support and Toksvig told her that she intended to propose exactly the same thing, as part of the closing night festivities at the WOW Festival. They immediately agreed to work together.

Sophie Walker, who knew Mayer from covering politics alongside her as a journalist, answered her call for new members. At the first meeting of the emerging party, Walker gave a speech about equal parenting. She was elected party leader in July.

She, Mayer and Toksvig, along with a steering committee comprising seasoned campaigners and newcomers to politics, then agreed the party’s name and six core objectives, and set up the party in consultation with the Electoral Commission.

The party’s first policy document was launched on 20 October. The party now has 45,000 members and supporters, and more than 65 local branches across England, Scotland and Wales.

A crowdfunding campaign to raise £31,000 to fund candidates’ deposits for these elections reached its goal in less than a week. The party is continuing to fundraise in order to support candidates in ways other parties often fall short of delivering.

The Women’s Equality Party wants to break down the barriers that prevent women from standing for election. Donations will fund:

On Monday (7 December), applications to stand as a WE candidate will open. Why not apply? See www.womensequality.org.uk for more.