Home / Time off / Travel / Notes from the Auvergne: women, work and parenting

After recently reading Carolyn Lazarus’ article in The Daily Mail, it made me reflect about various things surrounding women, work and parenting. 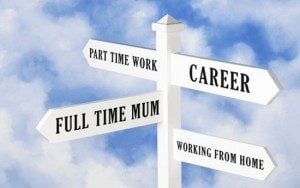 When I got married back in 1998 we both had, what I would call, decent jobs. I didn’t have the same high flying career as Carolyn, but whilst mine was office-based, my husbands’ required frequent travel. When I had my first child the following year, I took 3 months maternity leave and was able to return part time as my boss was supportive and flexible; something I know not everyone has the luck of. My son had dreadful colic until he was about 4 months old and I remember telling the health visitor I would rather be working all day than looking after a screaming baby who never seemed to settle.

My husband was away every week and I felt very isolated and exhausted. Things improved, but then the company I worked for was sold and disbanded and I took voluntary redundancy. We moved out of London to allow us the opportunity to buy a house and spent two years near Cambridge. My husband – although working from home – was still away on a regular basis and having no family and few friends nearby meant I had no real support network or back up.

Being honest, I didn’t enjoy my time where we lived. I found it cliquey and unfriendly. I tried working part-time, as a party planner for Virgin Vie and managed to find a nursery where I could take my son part-time, giving me time to do a soft furnishings course. I regularly went to London to stay at my mum’s and do Virgin parties with all my contacts there, but it was also so I could have social contact that was missing where I lived.

When the opportunity came up to move to France, I thought “Why not? ” even though my French was basic.  I knew it would mean even more time not working and being alone with a toddler for days on end. It was a lonely existence at times but I managed to get through it. I really don’t think men understand what it is like to look after children, day in, day out and that feeling of not achieving anything in the day other than simply getting through it.

One thing I did pick up on in Carolyn’s article was the obvious lack of flexibility in work.  It seems a shame that someone as intelligent and capable as she clearly is, can’t be employed on a part-time or more flexible basis, as it is a waste of her talents. Fortunately for all of us though, she came up with the brilliant idea of creating T4W. Like her and so many women, I need to have a purpose and a feeling of independence, and it seems bonkers that so many of us have so much experience and talent between us but it gets cancelled out once you have a child. It shouldn’t be like that. 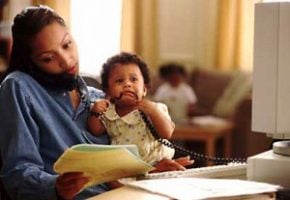 Even if I wanted to pursue a career full time I know my husband wouldn’t give up his.  His work is what defines him and he wouldn’t know what to do if he didn’t have a job.  You can give all the rights you want to try and balance things out but I think most men prefer to work and don’t want to spend too much time on child duties.  If both parents work full-time it is virtually impossible to raise a family without outside help.  I still can’t accept that many people work such long hours.  What is so necessary that it means coming home every night at 8 or 9 o’clock?  Surely that means people just have too much work – why can’t it be shared out more?  There is high unemployment in the UK and France. In countries such as Sweden, office workers rarely work late and they seem to manage ok. Until companies really wake up to how they need to be more flexible and realistic, nothing will change.

Although I was happy to give up work when I had my children I have always had the feeling of wanting to have a purpose and to be able to contribute financially.  I feel that if you don’t have your children until you are in your mid-30’s or later, like me, it is even harder to suddenly accept that you no longer have financial independence.  What I earn is laughable compared to my husband but I have earned it and I do get job satisfaction from my various activities.  I love the flexibility it gives me as well.

I have made sure I have my own bank account so as not to feel guilty when I spend 40 euros on a manicure…yes, that is quite a lot isn’t it, but as the L’Oreal ad says, “You’re worth it !”