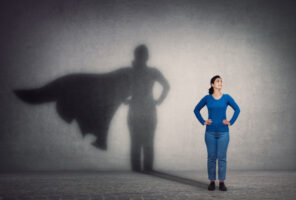 Society has a lot of expectations for women and what they can or can’t accomplish. While the amount of opportunities for women have greatly increased, there is still more room for improvement. Many women are taking advantage of the increased opportunities and making later- life career changes.

It’s more than likely that you know someone personally who has changed careers or you’ve read news coverage like this article that has led you to consider making a later in life career change yourself. And why wouldn’t you? As this Upskilled article attests, there are so many benefits to making a career change at 40.

Before you leap headfirst into your own career change, here are the stories of three remarkable women who made many significant career changes throughout their lives.

The many marvellous career changes of Mrs Julia Child

Simply put, Julia Child is iconic. Everyone’s favourite French cooking guru has lived a long and storied life. As unlikely as it might seem, the over-the-top chef made her first foray into the cooking world working as a spy. She was tasked with cooking up a concoction to repel sharks away from ordinances targeting German U-Boats.

After losing her job in advertising and finding she was too tall to enlist in the Women’s Army Corp, she began working at the Office of Strategic Services. This World War Two-era US government agency is now better known as the CIA. In the same way Child would later shake up the cooking world, she also made her mark at the OSS, eventually serving as Chief of the OSS Registry. She was also posted overseas in both Sri Lanka and China.

It wasn’t until she married Paul Child and moved to France that Julia fell in love with cooking. She took classes at Le Cordon Bleu but was considered far too unrefined to graduate into the haute cuisine course. Although we all consider her a television chef and a cookbook author, it might surprise you to learn that her first cookbook Mastering the Art of French Cooking, Volume One was not published until 1961 when Julia was 49. Similarly, The French Chef, her television series, did not premiere until two years later when she was 51. Twenty years later, when Julia was in her 70s, she founded the American Institute of Wine and Food.

When she was 81 she voiced an animated dinosaur in a children’s film. Her kitchen is in the Smithsonian museum and her final book, an autobiography, completed by her grandnephew was published after her death. Julia Child never ceased to reinvent herself and never cowered in the face of a society who lambasted her for doing things the way they ‘simply weren’t done’. She is a woman we can all be proud of!

Even if the name Laura Ingalls Wilder only rings a distant bell, her best-known work, The Little House On The Prairie, needs no introduction. Laura was born in 1867, at a time when opportunities were scarce and options for women were scarcer still. Born into a settler, pioneer family, she lived a nomadic childhood. Her family moved well over 10 times before Laura was 13 when they settled in De Smet, South Dakota.

As you’d expect from a woman who started working at the age of 15, Laura Ingalls Wilder has had many dramatic career changes. At 15 she began teaching in one-room school. She later admitted that she never particularly enjoyed teaching but felt a responsibility to help provide for her family. And provide she did! Between 1883 and 1885, she taught three terms of school, worked for the local dressmaker and attended high school herself.

In 1894, she got married at age 18 to Almanzo Wilder, a man she truly loved. Together they worked as farmers. The first 10 years of their marriage were littered with misfortunes from droughts, fires, ill-health and the death of their newborn son. In 1911 Laura was invited to submit an article to the Missouri Ruralist. Her column was so successful that she was offered a permanent position. She also worked helping local farmers to apply for loans.

The Stock Market Crash of 1929 wiped out the Wilders savings. Laura pulled off another career change to support her family. In 1930, Wilder showed her daughter (who was herself a writer) an autobiographical story she had written. Her first book, aimed at elementary school children, was published in 1932 when Ingalls was 65. The book did the job and the subsequent eight books published in the Little House series between 1932 and 1943 have delighted for decades.

Senator Elizabeth Warren does what needs to be done

Senator Elizabeth Warren always wanted to be a teacher. Growing up in a lower-middle class in Oklahoma, Warren’s family suffered economically when her father had a heart attack. This left them saddled with medical bills and left him being unable to do his job. Warren’s love of education was evident from a young age. In a July 2019 interview she recalled her second grade teacher telling her she could be a teacher one day, “I couldn’t wait — so I lined up my dolls and taught them how to read.’” Although she eventually became a teacher, her first job was at age 13 when she began waiting tables. Three years later she won a debating scholarship to George Washington University. She left after two years to marry Jim Warren.

Together, the Warrens moved to Houston. Elizabeth enrolled in the University of Houston and graduated with a Bachelor of Science in speech pathology and audiology. After graduating Warren became a special needs teacher in public schools. They moved to New Jersey where she enrolled in Rutgers Law School. She received her JD and passed the bar examination.

Between the late 1970s and 1990s Warren taught law. Her research on the issues of bankruptcy and middle-class personal finance eventually led her to become involved with public advisory work in bankruptcy and consumer protection. In 1995, the National Bankruptcy Review Commission’s chair, Mike Synar who had been a former debate opponent of Warren’s in high school, asked Warren to advise the commission. This was the first step in Warren’s long history as a political advisor. From 2006 to 2010, Warren acted as a member of many federal committees. In 2010 she was named by President Obama as an Assistant to the President. Her advocacy provided the impetus for establishing the Consumer Financial Protection Bureau.

On September 14, 2011, she declared her intention to run for the US Senate. It was something that Elizabeth Warren never thought she’d do but it was what needed to be done.

As she said she thought she’d always be a teacher “but there was so much at stake in the 2012 election…What if the Republicans and big bank CEOs undid the new financial regulations and crippled the consumer agency we’d just built? If I didn’t do everything I could to stop them, I wouldn’t be able to live with myself.”

So, after being a waitress, a speech pathologist, a special needs teacher, a law professor, a special adviser to the President, Senator and Presidential candidate – the rest of Elizabeth Warren’s story will go down in history.

Fabulous women we can all take inspiration from…