The women of Iceland went on strike to help their struggle for gender equality. 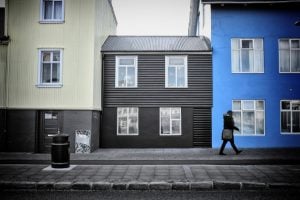 On October 24, 1975, Iceland came to a virtual standstill when women took the day off. They left their typewriters and steno pads, put down their paint brushes, music books, and lecture notes, took off their aprons, left the dishes in the sink. Actresses walked off the stage. Teachers left their classrooms. Tellers grinned as nervous bank executives stepped up to the window. Moms and daycare workers handed the children over to dads. They didn’t do the shopping or get dinner. Fish factories ran at half-capacity. Planes were grounded for lack of flight attendants. Phones went unanswered. Newspapers weren’t typeset.

From 12 noon to 12 midnight, on a day men would remember as “that long Friday,” 90% of Iceland’s women walked away from their responsibilities to see what would happen. They called it “Women’s Day Off.”

Why? 1975 was the UN’s “International Women’s Year,” and women everywhere were taking a good hard look at their lives. In Iceland, where they made less than 60% of the wages men made, the “Viking mentality” was romanticized, and male violence undermined everyone’s quality of life, the women chose a dramatic action to show just how essential they were to the smooth functioning of their nation.

In Reykjavik that day, 25,000 women, bundled in coats and scarves, streamed out of their homes and workplaces to attend a rally. They came from all walks of life, political parties, religious beliefs, union affiliation. Some chanted and sang, others stood quietly, tears in their eyes. They listened to speeches and waved homemade placards calling for equality, progress, peace.

At the stroke of midnight, having made their point, most went home, but the women employed at Morgunbladid, one of Iceland’s main newspapers, slipped back into the office. They typeset articles for the next morning’s paper, an entire issue devoted to the strike. 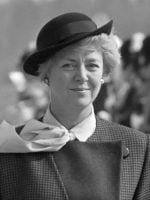 Ten years later, in 1985, they did it again. By now, Iceland had a female president, Vigdís Finnbogadóttir. A single mom, she stayed home in solidarity with the symbolic strike.

In 2005, women walked out again, this time at 2:08 on the dot, in protest of Iceland’s continuing gender pay gap. By 2:08, if paid the same as men, they would have completed their workday. As women converged in downtown Reykjavik that crisp sunny day, Margrét Pálmadóttir, founding conductor of the Vox Feminae Women’s Choir, led a mass sing-along. The crowd swelled to over 50,000, double the 1975 protest, making it the largest outdoor rally in Iceland’s history.

By 2010, everything was different. The name of the action had changed from “Women’s Day Off” to “Women Strike Back.” Instead of a sunny day, the 50,000 who rallied in Reykjavik defied storm warnings and stood in freezing rain. Violence against women was still a focal point of the protest, but the economic and political landscape had changed. Following a global economic crash, Iceland had gone from one of the world’s wealthiest societies to total economic collapse in 2008, largely, it was held, due to the excesses of mostly male bankers and politicians.

One thing leads to another. It is possible that the one-day strikes, regular reminders of the crucial role of women to the smooth functioning of a society, led to a new day in Iceland. According to the World Economic Forum’s Global Gender Gap Rankings, in recent years Iceland has repeatedly ranked #1 in the world for gender equality in economics, education, health, and politics and has been dubbed “the most feminist place in the world.”

With grateful thanks to Pam McAllister for permission to reproduce her article which was first published on her website, Activists with Attitude