Jean Rogers on why t4w must live on. 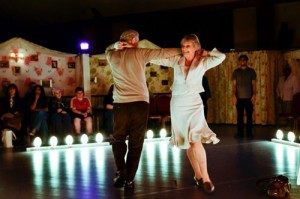 For me, one of the great things about Totally4Women’s founder, Carolyn, was she had all the understanding and the energy of a woman, not born yesterday. To see the need, conceive the idea and build a website totally for women was inspired, and it is imperative that her legacy lives on.

I believe women finding confidence in themselves is a paramount need these days, and it is vital that a woman’s confidence does not diminish as she ages. Many women claim harassment at work, sexual when young and bullying when they are older. This is unacceptable. We must give our sisters the support and encouragement to speak up for themselves, and when they cannot, do it on their behalf.

Men are very good at networking. They encourage younger men to join their ‘club’, and in return the younger men look up to them. Thus it is accepted that older men have gravitas and deserve respect.  The same does not, in general, happen for women. They are often confined to the wastelands of invisibility or at best it’s “Calm down, dear!” Carolyn, however, by setting up t4w, has created something similar for women; a place online where women can be inspired, respected, helped and crucially, supported by each other. 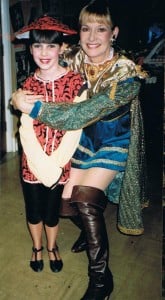 When my children were born I stopped pursuing theatre work with its unsocial hours and the travelling it entailed. I was fortunate to have a young speaking voice and through the playwright and, at that time, radio producer Alan Ayckbourn, with whom I had worked at the Theatre Royal in York playing Dorothy in The Wizard of Oz, I was introduced to radio and spent the next decade working for the BBC. The hours of 9 to 5 suited my lifestyle. I would drop the kids into my friend Liz before school and pick them up early evening to read them a story and get them to bed. At the end of a studio day I would rush off to catch my train, whilst my male colleagues would retire to the pub for a pint and some important networking. It was a real inhibitor to my career path not being able to socialise and relax in the company of potential employers. So many deals are done by men in the bar. Thank God for the handful of older women who remembered my performances and gave me a helping hand along the way.

When I joined the cast of Emmerdale I would rush round Sainsbury’s on a Friday evening, filling my boot with shopping, before driving down South on the M1 to spend the weekend washing, cooking and cleaning. When I was doing Panto twice a night, six days a week, I rushed home to cook Christmas dinner on my one day off, before returning to “slap my thigh”! Such was the balancing act I performed for years in order to keep a career, suppress the feelings of guilt, and to avoid being accused of neglecting my family .

A couple of days ago I heard Sheena Easton’s “Modern Girl” on the radio. I was taken right back to 1980 when it hit the airwaves. Has much changed for women I wondered? There is something bittersweet about the song

And it is true. Women are resourceful and have much to offer. They don’t want to be confined to stereotype roles. They want to be modern and I am convinced with proper support and encouragement they CAN have a career and still be good wives and mothers. It is so sad if they have to choose. So many of my contemporaries gave up motherhood in this way. 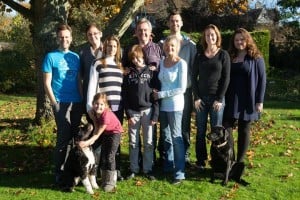 However “women not born yesterday” cannot do everything to help. There is an urgent need for affordable childcare services to assist young parents. I remember Will Self remarking on an Any Questions programme, transmitted on International Women’s Day, that women would never be truly equal until there were proper childcare facilities in place. This is something we must lobby for, as well as continuing our invaluable support as Mums, Grans and work colleagues. This is where a website like Totally4Women comes in to play. Long may it prosper!