Home / Work and money / Business / Women and work: the problem with working part-time

The complaint I hear all the time from mothers who have gone back to salaried work part-time is that their jobs don’t respect the part-time hours nominally agreed in their contracts. And it’s true. They often don’t. There’s nearly always more you could or even should do before you leave to pick up the children… 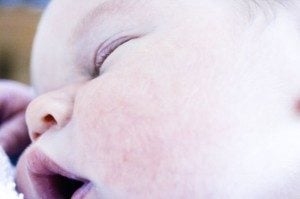 But children and nannies and nurseries and child-minders can’t be kept hanging on indefinitely or repeatedly, so sometimes as the carer you really do need to leave at the end of your nominated hours, however difficult that is for you or your colleagues or your boss or your customers. You are caught between letting your children down and their hired carers, or letting down your colleagues/customers/boss … On a bad day, you let everyone down, including yourself. When I worked part-time when my first child was still very young, I was plagued by the feeling I was doing a bad job at work, and a bad job at home.

So yes, I absolutely do think trying to juggle part-time salaried work with motherhood is very difficult. But I do wonder whether there is really a fundamental difference between the way an overworked part-time employee is treated, and an overworked full-time employee.

This evening my husband who works full-time came home from his job shortly after 7pm. After taking a day’s leave yesterday, he’d put in a 10 hour shift at his desk.
“It’s the price you pay for taking a day off, he said.”

It may be, but it shouldn’t be.

He often goes to evening meetings, but is not able to take time off in lieu. He sometimes works in the evening and occasionally at the weekend, but never shortens his weekday hours as a result. Why not? Apparently, it’s not the done thing. Funny, isn’t it, because everyone would be up in arms about a pay cut, or an official increase in the hours, but in real terms regularly doing extra hours for free is the same thing.

How did we the workers allow our employers to dupe us into feeling we have to do so much work for free? That is the key question we need to answer. Why do we allow ourselves to be overworked? Why do we not feel able to say, ‘I’ve done my hours, I’m off now’?

Sometimes it is that we genuinely love the work, and don’t want to do anything else with our time. But this is not generally why we stay late, or turn up early.

Perhaps we are loyal to the company, or the boss or our colleagues – we don’t want to put our needs first, or inconvenience others. Which is an admirable quality until it gets exploited, and we become doormats.

Often, we do the extra hours out of fear of the consequences of not doing them. Will we lose our jobs, miss a promotion, or miss out on a pay rise?

And sometimes, admit it, it’s your competitive streak which pins you to your desk. The need to be the best, and realizing that we are all up against our colleagues as we try to catch the boss’s eye.

But mainly I think it’s that we don’t have set hours and our work is defined by what “needs” to be done. This lack of clarity over the extent of an employee’s responsibilities, or an unrealistic job description, is the trump card for the exploitative employer.

See also  All you need to know about copy trading...

Yes, we do need reform for part-time workers, who want to and need to leave at the end of their shift. But we need reform for the full-timers too, who have an equal right to go home when they’ve done a fair day’s work.