Deck the halls, trim the tree and settle down to a glass of mulled wine or cider. 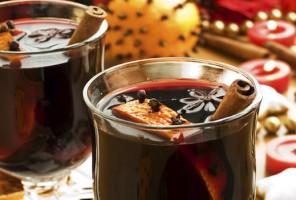 Wherever you are in Europe, the warming fragrances of cloves, cinnamon, cardamom, allspice, nutmeg and ginger, ginger, ginger will be making their way into your Christmas traditions somewhere.

Whether it’s Gluhwein, mulled wine, spekulaas, tiny round Kruidnoten, soft moist lebkuchen (all types of biscuits), Christmas cake, Christmas pudding or our very own mince pies – there will be spices.

We’ll stud our baked hams with nail-shaped cloves and our puddings will be liberally peppered with the warming flavours of winter.

And it’s no accident that these fragrant combinations are packed into the foods we eat in the depth of winter. Each and every one has potent healing and preserving qualities.

Let’s take a closer look at some of these popular spices and what they do: 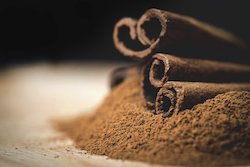 One of the best known culinary spices, quills made from the inner bark of the Cinnamonum zeylanicum tree are used to flavour biscuits, cakes, drinks and meats.

It is also an effective antibacterial.

Many children who attended the best boarding schools in the land were dispensed a teaspoon of cinnamon powder when a stomach bug loomed.

As an anti-bacterial, anti-viral, warming and circulatory stimulant, this spice has a role to play in banishing the discomforts of winter gastric bugs and flu.

Part of an important remedy used during the Spanish flu outbreak in the First World War, it will keep meat and fish healthy for weeks, if not months, and is responsible for the delicious flavours of Turkish, African, Asian and Eastern dishes, as well as comforting favourites from Europe. 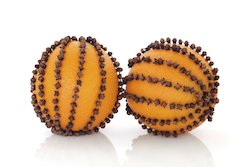 Named from the Latin Clava, or nail, the humble clove has an excellent medical pedigree.

See also  Are you getting enough vitamin D?

Rich in eugenol, a natural anaesthetic and potent antibacterial, clove has been used in dental practice for hundreds of years. It is used to pack out the hole left by tooth extractions and the essential oil is used by folk suffering from dental pain.

It can also be used to anaesthetise and clean wounds in the field. Also anti fungal and anti spasmodic, cloves have a settling effect on abdominal pain and reduce flatulence. Plus, they cover unpleasant odours extremely effectively. 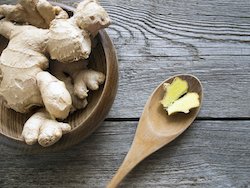 Zingiber officinalis is a king among spices. Shown in clinical trials to be 30 times more effective than ibuprofen as an anti inflammatory, unlike non steroidal anti inflammatories it does not have the unfortunate effect of jamming the body’s inflammation off switch.

Shaogols and gingerols are antibacterial and antiviral. In common with many of the pungent spices, ginger improves circulation and acts as a warming decongestant and an expectorant.

Combining well with the flavours of clove and cinnamon, the triumvirate act in synergy as a spectacular preservative of foods, antibacterial and soother of pain and cold and flu symptoms. 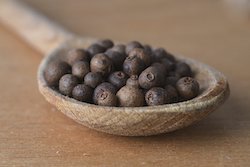 Pimenta dioica, or myrtle pepper, was named allspice by the Elizabethans because they believed it combined all the flavours of the best-known herbs. This flavour combination is owed to a shared range of constituents.

Like clove, it contains eugenol – though nowhere near as much – and like many of the pepper families it contains piperines which give its warming effects.

It relieves flatulence, increases digestive transit time, assisting in good bowel habits, and the stimulatory effects it has on the lining of the gut help you digest your food more effectively. Allspice also contains a good deal of vitamin C. 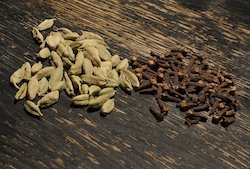 Less popular in the Western diet, cardamom is an essential component in the traditional mixed spice used in British Christmas cakes and puddings. Used in the West to preserve foods as well as to flavour them, this fragrant pod freshens the breath, kills off oral bacteria that may cause tooth decay and also supports the natural activity of the gut.

It has also been shown to enhance production and potency the digestive enzyme trypsin, which breaks down proteins in the gut. 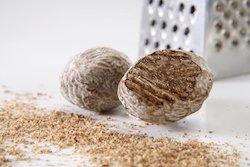 Wars were fought over this fragrant nut. Whole fleets of ships were dispatched and fortunes and territories lost and won as European powers fought for a slice of the spice trade. And during the plague of the 17th century, doctors believed nutmeg held the cure – and it became a product in great demand with a huge street value.

A smattering of it in your warm bed-time milky drink will help relax you into sleep.

Be careful if you’re using it as an essential oil, though, as large quantities can provoke hallucinations. Allegedly a self-trained aromatherapist ‘helped’ a number of residents in an elder care facility by massaging a warming combination into their feet to improve circulation. By all accounts they had an extremely entertaining night.

However in the quantities we use for culinary purposes it is delicious and calming both to the mind and the digestion.

All these things taste delicious when combined in fragrant stews like tagines and curries. They also flavour seasonal dishes delightfully, but however you use them they will contribute to better health.

Here are some recipes you can use them in:

See also  5 reasons you should be wearing sunscreen year-round

My top tip: mulled wine benefits from good wine. Using the cheapest wine you can find results in a sour mix to which you have to add more sweetening.

Winter spices taste good, smell good and are good for you. Mince pies and mulled wine here we come!