Home / Time off / Travel / Notes from the Auvergne: Why do the French protest so much?

Ooh la la, the French do like their strikes and protests. But why? Is there something in their culture that makes it seem they are out on the streets protesting more than in other countries? 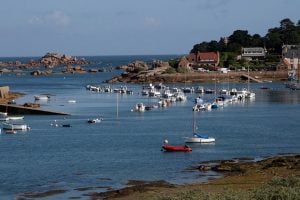 The French used to strike for new rights but nowadays it is more to keep the existing ones, especially as there is such a generous social security system over here. Reforms in this country seem to occur through social protest with political changes being decided in the streets.

Surprisingly, Unions aren’t forming the majority of the protestors, as only 8-9% of the workforce are members.  The French it appears just like to protest!  Sticking my neck out a bit, I would say they don’t like change – and certainly not to a system that is so much in favour of the individual.  Instead of just moaning about it, they take action and that means going on the streets.  The larger the number of protestors, the higher the chance of a reform or law not being passed.  In 1995, the then Prime Minister tried to pass pension, health and social security reforms but due to the high level of protests they were watered down to virtually nothing.  Ex- President Sarkozy did manage to push through pension reforms but he is the exception to the rule.

Even now, under the present government they are reversing some of the reforms he introduced.  However, President Hollande (pictured) has not budged on introducing gay marriage and adoption rights and there were thousands on the streets for several weeks disgusted at his actions, even though it was in his election manifesto. They were mostly Catholics protesting, who don’t make up the majority of socialist votes and therefore aren’t such a threat to re-election.  However, if you try to change anything within the social system, which effects everyone, whatever their faith, then they are up in arms very quickly and the government becomes more jittery about implementing change.

A proposed eco tax on road freight, originally proposed under Sarkozy, was due to be implemented from January this year.   However, bosses, farmers and workers – principally in the Brittany area – have been protesting since autumn against this tax and protests have turned violent.  Traffic cameras and portals to monitor the lorries for the impending tax have been burned and vandalized across the region.  As a result, the tax has been suspended, but this is not enough for the protestors who are demanding its cancellation.  Protestors wear red hats and are known as “les bonnets rouges” a reference to the same named protestors from the 17th century, who were opposing taxes.

Even Michelin’s headquarters here in Clermont Ferrand were under attack by irate factory workers last year, over their factory’s closure even though they are all offered alternative positions within the company. They tried to break into the main foyer in town and smashed the glass doors and windows.  Tear gas ended up being used to stop them, but just like “les bonnets rouges” they aren’t held accountable for their actions which, I have to say,  I find appalling.

Public schools have several strikes a year.  I can remember when my eldest was in pre-school and in the last term, he hardly went in due to teacher strikes.  They weren’t happy about pension reforms at the time and it reached a point where you were given a photocopied slip with the strike day filled out.  It would have been easier to say which day there was school.  Teachers in particular do like to strike and what I find frustrating at secondary school level is that teachers don’t even have to say if they will be on strike, so you have no idea who will be in and who won’t be.

At the moment primary teachers are unhappy about the change in the school hours.  Wednesday has traditionally been a non-school day at this level, but this year Wednesday mornings have been introduced and will be be compulsory from next year, either on the Wednesday or Saturday.  Sarkozy abolished Saturday mornings soon after being elected in 2007 but the hours weren’t integrated into the four day week and ever since people have been moaning that it needs to be reinstated as the curriculum can’t be covered adequately in the present 24 hour week of schooling.  Admittedly it hasn’t been a well thought out reform, which is why so many are against it but I think no matter what you propose, there are always groups who don’t support the change and end up taking to the streets.