Maybe there are rules for who should fund the first few dates, but we can’t agree what they are. 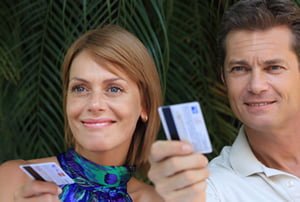 A friend of mine recently advised her daughter to dump the boyfriend, on the grounds that he’d allowed her to pay for a trip out. I was gobsmacked. It wasn’t the magnitude of the incident, which is relatively small and insignificant compared with other world news. It was the blow to everything I hold to be fair and true.

The man should pay for at least the first three dates, she said, because you want to make sure that he’ll treat you like a queen. (And buy jewellery, she added.)

When I’d picked myself up off the floor, I had a good think about why this shocked me so much. I think it’s because I’d imagined this belief went out around the time that Scarlett O’Hara was toying with Rhett Butler’s affections.

I’ve always been happy to go halves. Even as a teenager, I always paid for my own Mars Bar and orange juice after a trip to the swimming pool.

So how can the two of us be living similar lives and still hold such different views?

I went to mixed schools and a mixed college at university. My first job was at an ad agency where I was often taken out for lunch by men and by women. (It was the 80s.) My friends were women and men. When we went out to eat, we would share the bill. We were brought up to believe that men and women are equal, with different strengths sometimes, and to work towards equal opportunities. So when we went out on a date, we would expect to go and do something we both agreed on, and would split the bill.

The difference is when someone says, “It’s my treat.”

Those are the three little words that make it clear that the speaker is paying the bill. (Technically it’s four words with a contraction but let’s not quibble.) It doesn’t make any difference which one of you it is. If one of you earns loads more than the other, and wants to eat out at expensive places, then they should pay. Again, it matters not a jot what sex that person is.

I would never assume that I’d be paid for because I’m a woman. In fact, I find the idea disappointing. Have we got nowhere in the last 60 years? We work, we have careers, we have our own bank accounts.

In my ancient history I went out with a couple of blokes with short arms and long pockets. They are not worth the bother.

People who “forget their wallets” more than once, are taking the mickey. It’s very easy to spot a scrounger, although they don’t seem to realise that everyone else notices. They’re the ones who never buy a round, and usually find an excuse not to shell out for their fair share of anything. Worse, they say they’ll take you out to somewhere special (their treat), then suddenly realise they left the house with no visible means of paying for it.

And I would hate to be thought of as a short armed scrounger or worse – a gold digger.

If some bloke thought that it was his duty to pay for meals on dates, I’d know that we could never have a balanced relationship. Happily, I’m in one of those already. And I’m pretty sure we split the bill on our first few dates, or I paid because I was earning more at the time.

If I were giving advice to a young person now, I’d say to go out with someone who is kind and generous in their actions, and to share the bills.

Treat your dates the way you’d treat your friends, because friendship is far more important than money.

And if someone says “It’s my treat,” don’t argue. Let them pay. Whether it’s a friend, a date or a life partner. And about half the time, let it be you.