Goodwill is for life, not just for Christmas. 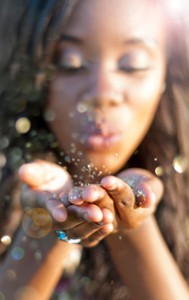 So just when does the season of goodwill start and end? Why do we think we only need goodwill for a ‘season’? Why not all the time?

A dictionary definition of goodwill is ‘kind feelings towards or between people and a willingness to be helpful’ but honestly, I can’t say I have seen any evidence of it in the frustration of festive foraging!

As people hunt for bargains before Christmas to make their hard earned cash go that little bit further, or reach hurriedly in the supermarket for the last tin of goose fat at half price to roast their spuds in, considering others seems way down the priority list for many.

I’m not a religious person but if I were God, and I had given my son to help save mankind, I’d be pretty miffed if the human race thought they only had to be nice to each other for a couple of weeks a year.

Some years ago, after a truly desperate time following my husband’s departure just eleven weeks after saying ‘I do’, I eventually emerged from the haze and joined a social and adventure group to meet new people and get out and do stuff again. I did some mad stuff (fire eating and a tandem sky dive to name but two – both absolutely exhilarating!).

I saw an event which I was completely drawn to. It was called ‘White Knight Good Fairy Fortnight’.

Everyone who joined in was assigned someone who they had to do nice things for over two weeks. I booked on the event and duly received information about the person I was playing Good Fairy to, knowing that in turn, someone else had my details and would do nice things for me. How exciting!

READ  How to lower your stress levels

Well now, my knight was intent on making me feel super special!

The first day of the fortnight dawned and I was so transfixed with all the lovely surprises I was planning to do, I had completely forgotten that someone would be doing things for me! As I opened my front door to leave for work I could barely contain my laughter as I spotted the balloons tied all over my car.

Fabulous! It lifted my spirits immeasurably and I recall thinking that if nothing else happened in the two weeks that was fine because I would always remember how I felt that morning.

I received letters/cards/poems/jokes/quotes/emails – something every day in fact. I was even tannoyed to go to the customer service desk during my weekly food shopping where a very perplexed member of staff asked if it would mean anything to me if she said she had something from my White Knight. I am not often speechless but believe me, my chin hit the floor! She then presented me with a bunch of my favourite flowers and I didn’t stop smiling for a very long time…….

I had a tremendous amount of fun planning and executing surprises myself. I experienced true joy in making someone else’s life brighter, if only for two weeks, and thoroughly loved the act of selfless giving.

I was taught as a child that it is in giving we receive, so if this is the case and we can give and receive goodwill all year round then I figure the world might be a happier placer place if we didn’t restrict our kindness to others to December because we feel obliged to do so.

Imagine how wonderful it would be if the season of goodwill were to prevail all year! A simple act of kindness can cost nothing but be appreciated beyond measure.

So will you be saying ‘Bah Humbug’ this season or will you try to put a smile on someone’s face and make them feel good, if only for a short, but very worthwhile while?