Home / Time off / Which adverts get your goat?

Adverts are funny things. They can spawn catchphrases, dances, songs and get a brand firmly placed in your mind. Or they can have you reaching for the remote, desperate to switch off before you have to see that annoying one that you then can’t get out of your head – and let’s face it, advertisers want you to remember them in any way possible. 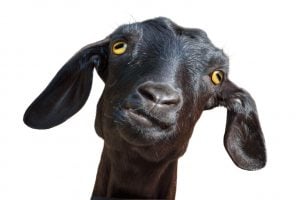 We asked some of our Henpicked community: when it comes to adverts, which ones really get your goat?

“For me it’s the Quick Quid adverts because they encourage people to spend money they haven’t got. There are times many of us have a cashflow problem, but if you borrow money this month to pay it back next aren’t you just leaving yourself short again. It’s says ‘restore some order with a short-term loan’ but doesn’t it just create a bad habit of not budgeting? Deborah Garlick

“Those type of adverts annoy me too. Or any by banks encouraging people to borrow beyond their means.” Ginny Rawson

“For me, it’s the gambling app ads with women looking like they’re having a great time and in control. And the borrow money ads that charge 1150% interest. I can’t see how this is morally/ethically/humanely accepted as ‘normal’ – preying on individuals’ vulnerability. Bingo is one thing when you’re sat there all night with a giant felt tip surrounded by normal folk having fun. When it’s instant, colourful, tempting, not parting with ‘real money’ it’s a different kettle of fish.” Misia Smith

“And tries to make it look cool.” Sue Pringle 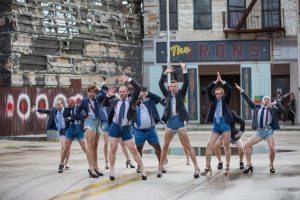 Is it really Epic?

“The men in heels doing that moneysupermarket thing. I have to switch it off, borderline offensive. Euew.” Sue Pringle

“Me too!” Clare Shepherd

“Gets my vote too – it is nauseating!” June Rowlands

“All ads for weight loss products or services. They prey on the hopes and wishes of people which they cannot fulfil!” Manon Bradley

“I can’t bear those either, especially Slimfast.” Kay Garrett

“All perfume ads. Mostly they are nonsense and full of menly men and willowy women. Ugh!” Manon Bradley

“I am offended by the ads that portray men as stupid and strongly dislike the adult hotels one where children/grandchildren are seen as something to be avoided.” Jeanne Ellin

“I will switch off anything sentimental – yes that includes Christmas ads – oh and why are decent American actors suddenly all over our screens doing naff ads and acting badly?!” Janet Pimento

“There was a really stupid one a while ago for Muller light chocolate mousse which the woman ate in the bath which was being filled by a fireman. I hate these clichés that women all love chocolate and cake – I’d rather have a gin and tonic in the bath without being watched!” Kay Garrett

See also  5 unique things people are adding in their houses

Let us know which adverts you love to hate – you can join in the discussion below.