Home / Health / What is the perimenopause?

Menopause is a familiar term to most women. But menopause itself only actually refers to the time your periods stop. The time leading up to this is known as perimenopause. 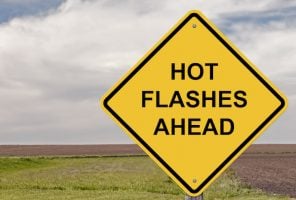 This is the time when your hormone profile starts to change and you begin to come closer to the end of your egg supply. For some women, this can happen as early as their 20s and for some as late as their late 40s. It can also run any time to a woman’s early 60s, though this is less usual.

Menopause itself usually happens between the ages of 45-55. On average in the UK, it’s at age 51. Perimenopause – the start of the transition – can start years earlier.

There’s a lot of information out there about puberty and pregnancy, but for women entering the perimenopausal phase of life there isn’t much.

It’s a good idea to be aware of the possible changes and symptoms during this time. But it’s also important not to worry. You’re very unlikely to be blasted with all these symptoms – indeed, you might  put them down to your regular PMS, or just start to notice some changes in your monthly cycle.

So, what are the things to look out for in the perimenopausal phase?

It’s worth knowing what’s on the list, because if you notice a few of these symptoms you’ll have an idea of what’s happening.

READ  The bare necessities for a better night's rest

However, not everything that ails a woman between the ages of 35 and 65 is menopausal in origin. I’ve seen two women diagnosed by a local GP with ‘menopausal cough’ and I’m here to tell you this is a made- up diagnosis. It was a chronic cough and they were feasibly menopausal but the two things were unrelated.

If a symptom worries you then listen to your intuition and see a medical professional.

A change in terminology…

Menopause derives from the Greek meno meaning monthly and latin pausis to stop and translates as the end of menstruation.

Interestingly the use of this medical term only became a conversational norm in the 90s. Before then it was limited to academic literature and women were more likely to refer to ‘the change’.

Ruth Trickey, in her book Women, Hormones and the Menstrual Cycle says: “The more correct term climacteric is almost never used. Perimenopause is now the favoured lay and medical term. Perimenopause refers to the whole phase of menopausal transition, from the two to six years preceding cessation of menses to 12 months after the final period when symptoms are generally most prevalent.”

Perimenopause: how to handle it

There are plenty of things you can do to stop perimenopause becoming a problem. Regular movement and a great diet including good-quality fats and proteins will all contribute to an easier menopause. And you’re already in full flow you can alter the course of your symptoms with the right changes.

Perimenopause isn’t something to fear. It’s the start of a new chapter in your life…