It’s a great question! What do women want? What do YOU want? 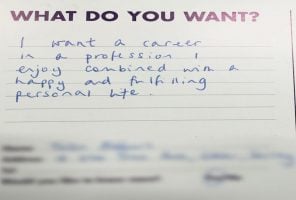 Twenty years ago, way back in 1996, British women were asked ‘What do women want?’ by The Women’s Communication Centre and 10,000 women responded.

The question was unprecedented. No one had ever before asked women so directly for their views and unsurprisingly, the answers were as diverse as we all are ourselves.

I feel a bit embarrassed that I don’t remember this happening. I certainly didn’t respond then, although I wish I had.

Back then I had just had my first child and was living in a fug. General exhaustion and nappy changing were what dominated my days. Today, as a mother to four, including two daughters, I realise more than ever how important it is for women to be treated equally and for our voices to be heard.

My own life has changed enormously since 1996 but some things have not changed much at all. In 1996 women stated that there should be no tax on tampons and guess what… yup, we are still paying it and we all know the gender pay gap is as wide as ever. However, the survey did have significance. The responses were sorted and distributed widely and we know that they have contributed to equalities legislation.

Very slowly some things are changing. For example, from circa 2017 the government will require all UK-based companies employing 250 people or more to publish details of what they pay their male and female employees. This won’t bring about immediate change in gender pay disparity but in publishing the facts, it should make it harder for employers to maintain the divide.  After all, if you do the same job in the same firm why should a man be paid more than a woman?

Time to have your say 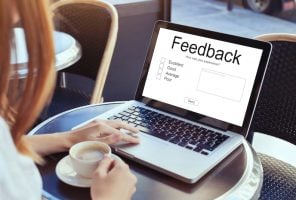 To celebrate the 20th anniversary of the original survey, What Women Want 2.0 supported by the Women’s Equality Party (WEP), are once again asking ‘What do women want?’ This is a huge campaign and it would be wonderful to know that Henpicked readers are participating by contributing their views.

See also  A voice from Malawi: cry my beloved forest

Unlike 1996 which, rather amazingly, was a time pre Facebook, pre Twitter, pre Instagram and yes, almost pre text, this time around you can make your observations in a multitude of ways including the good old-fashioned postcard route if you wish.

Without doubt, a greater awareness of the issues that women care about is empowering. I believe that women have more confidence if they feel they are being heard and we know from the Henpicked community that the strength of women coming together is a magnificent and powerful thing.

I urge women everywhere to participate in this campaign by stating their views so that we don’t miss out on this valuable chance to be heard.

Once all the data has been gathered, the information will be passed to our politicians and the media as well as being made generally available so that there is full transparency from a broad section of society of what women feel are their priorities in 2016.