Julie P wonders whether her life’s path was preordained. 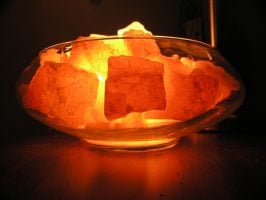 Some psychics are born. Others develop their abilities by choice, after intensive training.

My induction into the arena occurred unexpectedly and virtually overnight. In fact, if someone had ever suggested I would become a psychic let alone a clairvoyant medium, surprise is not the only emotion I would have felt. But, it is what I became and not necessarily by choice.

I was a 21-year-old government worker, when a colleague approached me – more a frenemy, to be honest – and requested I accompany her to a lecture, being held by a visiting clairvoyant. Her actual words were “I know we don’t like each other, but I have to ask you to go”. In the hopes of becoming friendlier I went, and voila! I was ‘on’! It’s the only way I can describe it. I woke up that morning relatively ordinary, but went to bed that night, psychic.

At this time, I was not a clairvoyant medium!

The years between psychic and clairvoyant medium, involved sitting in various development circles where I was introduced to unique divination techniques. I was instructed in sand and flower-reading, direct-voice, ribbon-reading, and spirit-rescue work. I also had the opportunity, to watch ectoplasm appear – the jury’s still out on this though, as it was totally unbelievable!

In my late twenties, I wanted a break from working with spirit – Note; I say ‘with’. It’s a two-way street. Neither of us has primary control – so I made the request, and within 72 hours, my tarot cards (my tool of choice, at that time) disappeared, never to be seen again, and my abilities went into hibernation.

I experienced nothing of a spiritual or psychic nature for 5 years. 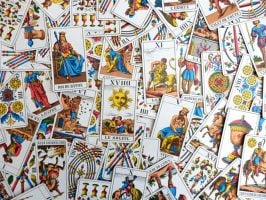 After my time-out I decided to pick up the baton again, you might say ‘I got promoted, due to spiritual intervention’, for I had gained assorted abilities. Being able to see, feel, smell, and primarily hear spirit.

I also discovered I was also proficient at psychometry. A talent I’ve since been allowed to test at a prominent British museum.

During my years working with spirit, I’ve met some wonderful people and had incredible experiences. I’ve read for numerous private clients, worked on psychic telephone lines, given lectures in various disciplines, run chakra-meditation workshops, and qualified as a past-life healer. On occasion I do take sabbaticals because there can be disadvantages to having psychic abilities. That’s another story though.