Home / Making a difference / Charities / The MoonWalk: a great cause

Breast cancer is the most common cancer in the UK – with around 50,000 women and 400 men diagnosed every year. 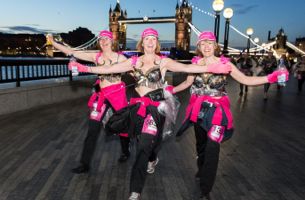 The good news is that more people than ever are surviving the disease, with increased awareness, early screening and diagnosis and advancements in treatments and diagnosis all leading to much higher survival rates.

But there’s still lots more to be done to make treatments easier, and breast cancer charity Walk the Walk is full of great ideas to help women and men through their battle with the disease.

Things like scalp coolers, which can help avoid hair loss after chemotherapy. For many patients, losing their hair is the final straw, an extra thing to cope with on top of their diagnosis and treatment.

Check out http://www.walkthewalk.org/Grants/ScalpCoolers to read the heartening stories from patients who have used these machines and had minimal hair loss as a result.

The charity has raised a staggering £90million to support those battling breast cancer.This is where the famous MoonWalk comes in. Starting life in 1996, when just 13 women power-walked the New York Marathon, Walk the Walk now runs its flagship MoonWalks at night in London, Edinburgh, New York and Iceland,
with SunWalks in London.

A bit of MoonWalk history 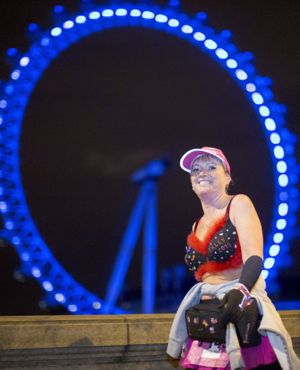 Walk the Walk was founded by Nina Barough, who decided it would be fun for her and a few friends to power walk the New York Marathon dressed in decorated bras. They raised £25,000, which they donated to Breakthrough Breast Cancer Research. Nina had never had breast cancer or known anybody who had. But just a few months later, she discovered she had an aggressive tumour and needed treatment, including a mastectomy and radiotherapy.

To support her, the team of power walkers took part in the London Marathon, raising another £25,000 for the charity. A year later, Walk the Walk entered a second team – but had to turn away some people who wanted to take part. Rather than let them down, Nina arranged a one-off marathon just for them – which became the first-ever MoonWalk.

In 1998, Nina found sponsors to help her set Walk the Walk up as a registered charity. And the rest is history.

Last year, thousands of people gathered in London, decked out in decorated bras.

We want this year to be even better. Will you help?

We want to help Walk the Walk raise even more money this year by encouraging as many people as possible to get involved, whether that’s walking or sponsoring the walkers.

The theme this year is Saturday night at the movies, pulling out all the stops with big-screen glamour – along with decorated bras, of course – as they sashay through the streets of the capital. It’ll be a huge amount of fun, it’ll help you stay in shape and keep fit… and we want to raise lots of money.

Here’s what you can do to help:

– You can enter online here for either the London or Scotland MoonWalks.

Breast cancer touches the lives of everyone. Let’s be part of the team which helps fight back… 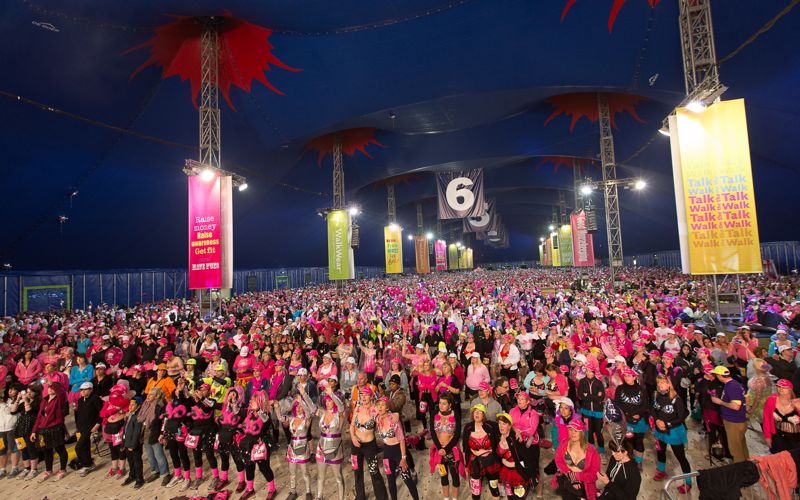