Why is it that some men still struggle to treat women as equals? 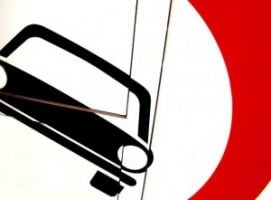 I will not stamp my feet no matter the temptation but if there is anyone else out there who feels that they are living in a man’s world you will understand precisely why I want to scream out in frustration.

Just recently one of my daughters had a small prang whilst driving. It was silly and undeniably her fault but it was an accident and sometimes things go wrong. C’est la vie.

Unsurprisingly the chap whose car was damaged was not impressed. My daughter apologised; she was contrite and genuinely upset. Both she and I quickly recognised how the low slung sporty red automobile my daughter had dented was the twinkle in this gentleman’s eye and in damaging his car, my daughter had also damaged him.

We spent an uncomfortable couple of hours as we all waited for recovery; it was awkward with much heavy sighing and sucking of teeth. I empathised with the plight of the red car owner but his lack of grace over our sincere and profuse apologies was a bitter pill. The cavalry arrived in the form of my husband. He arrived on his white charger to sit with my daughter so that I could get to an urgent and longstanding appointment. 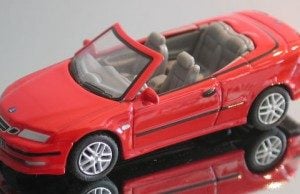 My husband had a good look at the damaged cars and expressed his own regret over the mishap. It was as if the sun had come out. Mr Red Car smiled, shook the hand of my husband and all was bonhomie. A sea change. Astounding, infuriating.

Similarly, a friend of mine currently has the builders in. Although they were never at the bacon sandwiches stage, they initially lived alongside each other in happy harmony. However, with the project taking longer than everyone anticipated and no end in near sight, unease set in. With each passing day it seemed that the dust was rising higher, and as it clouded the air, so the builders spread beneath it.

No area was left unfettered by their heavy tread, their bags of tools and their litter. There were cigarette butts in all the flower beds, empty cans in the hallway and crisp packets in the grate. A prized and much loved family heirloom rug which had been consigned to an area far from the centre of works has a small burn in one corner and everyone denies all knowledge of how it got there.

Repeatedly, my friend politely suggested that boundaries need to be observed but her requests fell on deaf ears. She observed that you could almost see the ticking over of the labourers’ brains as they silently called her every name under the sun for deigning to suggest they respect her home. Finally, in desperation, she insisted her husband stay at home one morning last week to read the riot act. He did. They listened. They acted. Order is restored.

Please don’t think for a moment that I am a man hater. This is not the case at all. I just feel that both the scenarios above suggest that some men have such complete disdain for women that they refuse to hear us. I call these men cowardly bullies and it seems to me that they don’t want a world where we are all on an equal footing. Who else has had similar experiences?