As a teenager, one of the most exciting days in the year was Valentine’s Day. I spent many sleepless nights in the hope of receiving a card from a secret romantic admirer in the post. 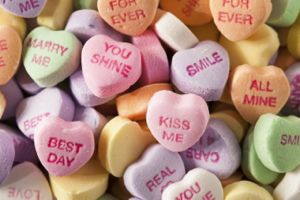 The cards were never signed and the thrill of actually receiving one was amazing – nothing beat it for the feel-good factor.

We now spend around £1.3billlion on cards, flowers and gifts in the UK, and this romantic occasion has become a massive commercial marketing industry.

How did it all start?

Valentines’ Day began as a liturgical celebration of Saint Valentine. However, it seems there were many Christian saints named Valentinus with different martyrdom stories. 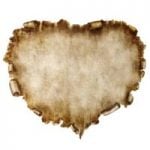 The possible origin of using hearts on St Valentine’s Day came from a legend that saw St Valentine of Rome carrying out weddings for soldiers who were forbidden to marry. In order to remind these men of their vows, St Valentine is said to have cut hearts from parchment.

St Valentine supposedly wore a purple amethyst ring, customarily worn on the hands of bishops with an image of Cupid engraved in it. This indicated someone who was able to perform a marriage. Thus, amethyst became the birthstone in February and is thought to represent love.

Surprisingly, the custom of sending flowers, chocolates, cards and other gifts originated in the UK!

There are similar celebrations around the world, sometimes on different days and sometimes called different things, but all designed to celebrate love: 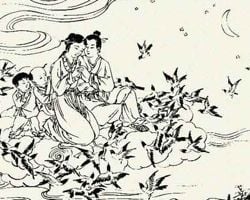 Chinese ‘Valentine’s Day’ is celebrated on the seventh day of the seventh month of the lunar calendar. They don’t celebrate on 14 February as it’s too close to the Chinese New Year, which falls in either January or February.

According to legend, the Cowherd star and the Weaver Maid star are normally separated by the Milky Way, but are allowed to meet by crossing it on the seventh day of the seventh month of the Chinese calendar.

The man gives chocolate, flowers, or both to the woman that he loves.

Valentine’s Day is translated as friends’ day, so the day is more about remembering all your friends, not significant others.

The Sepandarmazgan is a festival where people express love towards their mothers and wives, and is also a celebration of the Earth.

Jewish tradition of Tu B’Av is celebrated on the 15th of the month of Av (usually August). It is popular to pronounce love, propose marriage and give gifts. 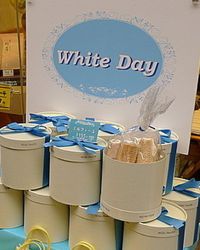 The custom is for only women to give chocolates to men. Gifts such as cards, chocolates, flowers or dinner dates are uncommon.

In the 80s, the Japanese Confectionery Industry Association launched a campaign to make 14th March a reply day, where men are expected to return the favour to those who gave them chocolates, calling it ‘White Day’.

Men are expected to return gifts which are at least two to three times more valuable. Originally, chocolates were given but now gifts of jewellery, accessories, clothing and lingerie are more usual.

This is the reverse of Japan. Men give gifts to women on Valentine’s Day and women return them on ‘White Day’.

There is an additional ‘Black Day’ on 14th April, for less fortunate men who did not receive any gifts. They gather together to eat Jajangmyun, Chinese-style black noodles topped with a black sauce.

Has made Valentine’s Day illegal!

All hjärtans dag – All Hearts’ Day – was launched in the 60s by the flower industry.

They don’t celebrate on 14th February as the Brazilian Carnival takes place around that time. They have their own Lover’s Day on 12th June. Apparently, Brazil is a popular tourist spot during February for Western singles!

Personally, I don’t celebrate Valentine’s Day as I don’t need a reminder to tell my significant other that I love them – I can do that every day!

But however, and wherever, you choose to spend Valentine’s, enjoy the day and all it brings… 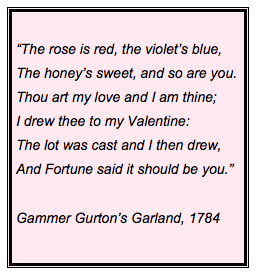