Home / Time off / Nostalgia / Turning 70: how life has changed over the decades

On the morning of my 70th birthday, I am lying in bed thinking about some of the changes that have taken place over the last seven decades of my life. 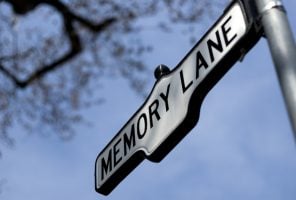 The first thing that occurs to me is that the scratchy, woollen blankets and striped flannelette sheets of my childhood have been replaced by a feather quilt. Plus, I don’t have to go outside to the toilet or use the ‘gesunder’ as it was sometimes known. Even better, I don’t have to empty it!

The smell of fresh coffee and warm croissants – our family birthday breakfast – pervades the house. What a contrast to the long list of foodstuffs that were only available with a ration coupon up until 1954, such as meat, butter, lard, margarine, sugar, tea, cheese, soap, clothing, petrol and sweets.

As I stretch and think about getting up for a shower, I remember being washed in the kitchen sink or in the big tin bath in front of the fire in the living room. The bath, hung on a hook outside the back door, needed many pans of boiling water to fill it. Being the eldest had its advantages, as it meant I was the first one in.

The changing face of the telephone

My mobile has been constantly pinging messages of congratulations since I first woke up, and now the landline is ringing. I can’t quite remember when a telephone first appeared in our household, but it arrived courtesy of the union of which my father was secretary and all calls had to be logged in an exercise book. Not that we were given permission to use it very often, but we were coached in how to answer it correctly.

Picking up that phone could often provide amusement as it was a party line, shared with others in our neighbourhood, and we could sometimes hear their conversations. 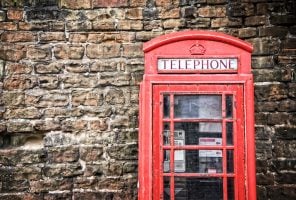 And the familiar red phone boxes were rife. Pocket inspections at Guides had to include four large old pennies: the price of a phone call from one of them. Heaving open the heavy door, you were confronted by button A which let you be heard and button B which returned your money. We would often check Button B if we were walking past an empty box. 4d (old pennies) would buy 16 blackjack chews!

See also  How to make your home a haven...

Today, by contrast, over 80% of people under 30 don’t have a landline. Their mobiles have become their main source of communication, whether streaming music and films, playing online games, checking their bank accounts or posting on Twitter, Facebook, Pinterest, Instagram… the list is endless. We now live in a world where communication can be instant and global.

Showered, dressed and downstairs, the television is on as background to my son working on his laptop with his mobile beside him. As I say good morning to him, I notice he has several split screens open in front of him – technological multi-tasking.

There is a pile of cards waiting on the table, saved as they arrived during the week. Our post won’t be delivered until later in the morning. A far cry from the two deliveries a day of previous decades – they ended in 2002 – and even further removed from being able to make a date by popping a postcard in the collection box a few hours beforehand as my parents could.

Memories of the mangle

Washing was always done on a Monday and dinner would be the meat left over from Sunday, mashed potato and homemade chutney. This would only be in the holidays, of course, because we ate our ‘dinner’ at school usually, coming home to ‘tea’, which was bread with jam, followed by cake.

The only similarity between then and now is I still hang my washing out, but the 88 year-old next door seems to be my only other neighbour to also follow that practice.

See also  The four best countries for a romantic trip

Time to pick up the cake, so out to the car I go. No need to pull out the choke first before starting the engine and no need to double de-clutch. Indeed, my car now tells me what I need to do or have failed to do, including when it needs a service.

The cake is in pride of place now on a central table and we are beginning to personalise the room where the party will take place later that afternoon. A tank of helium, ordered online, is being used to inflate purple balloons, but my daughter has followed the old tradition of making her own clever paper chains. That was always part of the magic of Christmas when we were young, creating long lines of paper chains to hang in all our rooms.

Stories from the past

My grandchildren arrive clutching their ‘helipads’ – my grandson’s misnomer for his iPad which we have universally adopted – and magazines. These look so different from the comics I read as a child: School Friend and Girls’ Crystal. (My father would get The Eagle but no-one could read it before he did!) Every Christmas would bring a new annual as one of my presents and I still have them today on my bookshelf.

The stories were of derring do and righting wrongs but with a naivety and simplicity that has no place in today’s society. Yes, Thomas still Saves the Day and Paw Patrol believing that ‘no job is too big, no pup is too small’ serve their community unstintingly, but what amazes me is the range of merchandise that accompanies them now.

My friend arrives to help me in the kitchen. She is four years my senior and bemoaning the fact that she had to deal with some ‘young whippersnapper’ at her bank yesterday. She has been with the same bank now for over 40 years and still won’t accept that the role of bank manager has changed completely.

See also  Halloween: do you know its fascinating history?

Everything seems under control, so I drive home to change into my party frock. Many decades ago, I would have gone down the market for some material and sewn it myself, but today, like many others, I have shopped online.

Keeping warm: then and now

The house is empty and, because of the cold wind, chilly in my bedroom. I could, of course, turn on my central heating but I don’t. We were brought up without heating in our large six-bedroomed terraced house, apart from a storage heater in the hall and the dining room – neither of which seemed to raise the temperature in the slightest.

The other source of heating was the coal fire with the back boiler in the living room. You don’t see it now, but back then, in the winter, you would see many a woman with mottled, blotchy legs under her stockings. A sure sign, that, like my mother, she had sat too long with her feet up on the mantelpiece over the fire.

So, time to party! I am feeling excited as I go back to meet my guests. I am lucky enough to be greeting friends I have kept for almost four decades and I have cards from people I went to school with.

I am not sentimental about these changes over the decades. It wasn’t better then, it was just very different. As I get older, I realise how much I actually like embracing the changes that the years bring. Old age is not for the timid, I realise. I have gone through many versions of myself and I am sure there are more to come. After all, my sons are doing jobs that didn’t exist when they were born.