The world has seen women making a mark in their field since the very beginning. But it hasn’t always been easy. 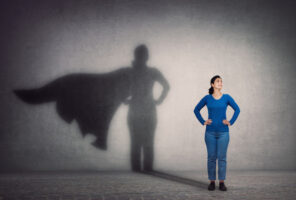 Before opportunities could knock on their door, women were paving their path themselves, be it in the field of the health sectors, education, armed forces, politics, or entrepreneurship.

There are now a huge number of empowering female entrepreneurs creating waves across the globe. A comprehensive study conducted by the Peterson Institute for International Economics found that having women at the C-Suite level helps in net margins.

Historically, women have made a significant contribution to certain industries like healthcare. Even today, many professionals in the field of medicine are female. For example, 47% of the senior management positions in the National Health Services (NHS) in the UK are held by women. Even the senior employees in private GP clinics like Broadway GP are predominantly females.

Harvard research finds that women dominate in “taking up spaces, acting with strength, rehearsing self-advancement, driving for results and portraying faithfulness and integrity” more so than their male counterparts.

We have often heard that it is a ‘man’s kingdom’.

But, if we turn the pages of our history book and compare with present-day scenarios, we notice women played an important role in shaping society. And they are still having a significant impact in the public arena.

Here a few women entrepreneurs from around the world who created their own legacy against the odds.

The Oprah Winfrey Show has been a household name for a very long time. Oprah Winfrey transformed her character as a news coordinator into a successful television chat show. She was able to earn a whopping €2 billion from the show.

Oprah introduced a cable channel named “OWN” back in 2011. She has 25.5% of the system that is worth €75 million. Later she collaborated with Apple to incorporate its streaming facilities. It promises to showcase exceptional content. It would include a book club, TV arrangement, and narratives.

As put forward by Forbes list, she is worth €2.7 billion and designated as the world’s 20th most influential woman. She was also the tenth American’s Self-made Woman in 2019.

Sara Blakely is an American businesswoman who is the CEO and proprietor of Spanx. Spanx is an intimate apparel brand. It sells leggings, undergarments for both men and women and maternity wear, across more than 65 nations.

In 2015, she became a co-proprietor of the Atlanta Hawks ball group, alongside Tony Ressler. As per her insights, she possesses total assets of €1 billion, making her America’s 23rd Self-made Woman.

Sara is regarded as the 1941st rich person on the planet. She earned the title of 90th most influential woman in 2016. Sara also has accomplished an undergraduate degree from Florida state college.

Tory Burch is an American businesswoman, fashion designer, and philanthropist. She is the Founder and CEO of “Tory Burch ” launched in 2004. , Tory Burch had a retail store in the Nolita district of Manhattan. It has now spread its wings around the world with over 250 stores.

Her fashion line is carried in specialty stores, with over 3000 departments. Tony Burch won several accolades for her incredible contribution in the field of fashion. She won the Rising Star Award for Best New Retail Concept from the Fashion Group International in the year 2005.

She also bagged the Accessory Brand Launch of the year award in 2007. Working Mother listed her name under the top 50 mompreneurs of 2015. Burch featured in the cover story of the Forbes 2020 edition. It detailed how her fashion line navigated the global pandemic.

Kiran Mazumdar Shaw is known as India’s wealthiest independent female entrepreneur. She founded a biopharmaceutical company named Biocon Limited in 1978. This company has entered the US market and instantly stood out, enough to be noticed by investors.

According to Forbes list, it is the first-ever company to get approved by USFDA. Kiran has spent a fortune in constructing an enormous R&D-Based biotech firm. She bagged the title of India’s 54th richest woman and the world’s 65th influential woman.

Kiran Mazumdar received the Othmer Gold Medal in the year 2014. She has made endless contributions in the field of life sciences and chemistry.

There are countless women entrepreneurs inspiring millions of individuals to pursue their dreams. They inspire us to become successful and independent. Who knows, the next one could be you!