Carolyn heads into the wild on safari in South Africa 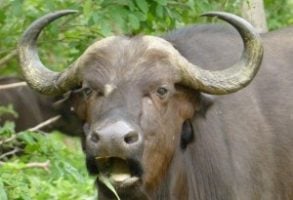 “Oh the animals, oh yes we did those in Kenya…” said one of my tennis partners airily in between rallies.

Surprising how many people I spoke to before our trip of a lifetime to South Africa had already ‘done’ the animals. Indeed, I was fast gaining the impression that once ‘done’ the animals did not need to be ‘done’ again, even though I was not 100% sure what ‘doing the animals’ entailed. Whatever it meant it couldn’t be that thrilling if all these people were once bitten twice shy as it were (presumably not actually ‘bitten’?).

Anyway, a combination of the general bored reaction and my slight nervousness (I can admit to this now) in the presence of four-legged creatures bigger than myself meant I was not particularly looking forward to the safari elements of our holiday even as we were planning them. This lack of animal enthusiasm on my part was only accentuated after three glorious days on the East Coast of South Africa by the Indian Ocean (and that’s another story). Why on earth we were leaving this heaven and moving inland to some lodge in ‘Big Five Country’ (those words ‘big’ and ‘five’ were putting me right off) I had no idea.

After a good sob in the open-top jeep for departing the white sands, azure blue ocean and kind, caring staff at Thonga Bay Coastal Reserve we nevertheless pressed on to our next destination. We were a little cavalier about the petrol situation (I now know that not every garage in KwaZulu-Natal province sells unleaded and that your credit card transaction may not always be authorised just when you need it most), but we did limp sweatily into the Game Park on schedule just before the sun went down.

READ  Add some movie magic to your break...

“Oh God wind the windows up and stop eating those Pringles, we’re in Big Five Country now,” I yelled at the children as we passed through the security gate.

“Alright, keep your hair on,” came the sniggered retort from the back (remind me never again to have an asymmetrical haircut just before a holiday again, or indeed ever…).

Even on our way to our lodge and without the services of a ranger we spotted animals. Although I was determined to be bored like all those people back home, the first sight of a giraffe’s neck and head impossibly high up in the trees moving so gracefully and calmly is somewhat arresting. We saw seven of them, a ‘tower of giraffe’ so I understand, and it was magical. Only on seeing well known animals with their distinctive markings and statures do you begin to understand how camouflage works…everything really doesn’t have to be beige to merge into the background, so remember this the next time you choose a carpet (I am going for a snazzy black and white striped number for the stairs).

We were welcomed as royalty at Amakhosi lodge (www.amakhosi.com) and I saw no reason to decline the welcome drinks nor the five courses and amuse-bouches offered at supper. We met Nick, our tall, dark, handsome ranger and I was by now truly relaxed and looking forward to a full day. Only when our early morning safari call came at 4.30am from that impossibly chirpy tall, dark handsome man did I yearn again for the Indian Ocean and those waves lulling me back to sleep until 9am.

Still, we were off and there is no question that it felt overwhelmingly exciting. On this first day we saw antelope, rhino, a wild elephant bull, wildebeest (always running running running in the opposite direction), beautiful colourful birds, from eagle to kingfisher, and a ‘dazzle of zebra’. On the second day we were amongst a herd of elephants, the most balletic animals I have ever seen, and most stunningly of all we saw our first lions in the wild – sleeping in the morning and playing like kittens in the afternoon.

Somewhat unfairly it became a standing joke over the two days at Amakhosi that mummy did not know the difference between a wildebeest and a warthog – so unfair in fact that I shall not even bother to explain to the reader or my children how these creatures have many strikingly similar features, notwithstanding that one stands 1.74m high and the other a mere 68cm, and of course both names begin with a ‘w’!

As the holiday unfolded the animals became increasingly part of our lives and, now that we are back home without any prospect of seeing or hearing them, life is unbearably grey and dull; those four lazy fat cats of ours (a moulting of cats?) simply do not cut the mustard.

So what advice would I give someone thinking about going on safari in Africa who has been put off by the very idea of ‘doing animals’? I would say: think David Attenborough, or more earnestly still I would say: just think when you last felt truly alive and, if you liked that feeling, try and ‘do’ those animals as much as ever you can…

READ  A memo on being mixed race

P.S. I am sure you all know the big five but for any novices out there they are: elephant, lion, rhino, leopard and buffalo.