Home / Time off / Culture / Theatre review: The Curious Incident of the Dog in the Night-Time 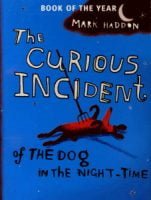 The Curious Incident of the Dog in the Night-Time was adapted by Simon Stephens from the book written by Mark Haddon, and is currently playing in the West End at the Apollo Theatre

Christopher is a 15-year-old with Asperger Syndrome, classing himself as “someone who has Behavioural Problems.” He attends a special needs school where he is the first pupil ever to take A-Level Mathematics, and three years early, too.
Being supremely logical, he is fascinated with the subject. He sees patterns in every aspect of his life, and numbers provide a certainty and a reliability. He doubles twos in his head to calm himself. The beauty and logic of maths evokes peace and satisfaction in his otherwise confusing world, where he is trying to come to terms with the painful loss of his mother.

Christopher also likes to play detective. His hero is Sherlock Holmes and the discovery of his neighbour’s dog lying dead with a pitchfork through its body sets him off on two journeys, one a physical train journey from Swindon to London and the other an emotional roller coaster ride from unhappiness and confusion to a new stability.

Scooping up the awards

This is a delightful and touching play, originally produced by the National Theatre. It picked up a total of seven Olivier awards this year, including Best New Play, and one for Luke Treadaway as Best Actor for his brilliant performance as the boy genius, Christopher.

Marianne Elliott, daughter of acclaimed theatre director Michael Elliott, scooped up the Best Director Award, thanks to her sensitive approach and ability to bring out compelling performances from her cast. After the Guardian published such horrifying gender balance data with regards to English Theatre six months ago, it is extremely satisfying to see a woman recognised for her work in this way.

See also  Book Club: You Are One of Them

Elliott already received a Tony Award in 2011 for her co-direction of the record-breaking War Horse (also from the National Theatre “stable”!) and she is an inspiration for women in the industry.

Unsurprisingly, the set, designed by Bunny Christie and Finn Ross, also won an award – the Apollo Theatre is transformed to appear as giant grids where Christopher’s thoughts are played out with the aid of video projections, prompting praise from the Guardian’s Lyn Gardener:

The beauty of the evening is magnified by Bunny Christie’s witty design, in which infinite possibilities and multiplying confusions are represented in squares and numbers, and a toy trains puffs around the stage. 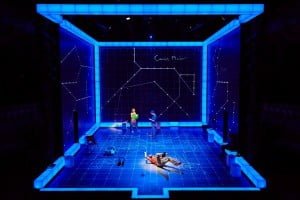 Finally, I must mention Niamh Cusack, who plays Siobhan, Christopher’s teacher and also acts as narrator by voicing the text in the boy’s detective novel, glueing the production together with her assured and engaged delivery.

She is a splendid foil to Treadaway’s compelling, wonderfully physical and absolutely believable portrayal of a young boy finding logic in a confusing world.

This is a production that pleases on so many levels. I urge you to go and see it!