Home / Health / Eating (Diets or not) / The truth about fat loss

Most of us have tried to lose weight at one time or another. And we all know the frustrations of the bad days, the highs of the good days and, hopefully, that brilliant moment we weigh ourselves and we’ve done it. The scales are suddenly our friend. 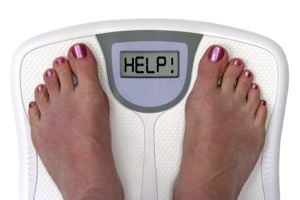 But in amongst all that euphoria, did you ever stop to wonder – what actually happened to all that fat?

Here’s an example of a common scenario.

Jane gets on the scales and decides she wants to lose weight. So she takes more exercise, eats a little less and at the end of six months of living her new, healthier lifestyle she’s pleased that she’s lost a stone. She’s treated herself to new smaller clothes and feels good.

Jane has lost about a stone of fat. How? Where did that fat go?!

The three most common answers I’ve heard are:

As a personal trainer I come across an awful lot of fad diets and misleading advice. I like to educate people so they understand how their bodies work – which means it’s easier to make decisions on what to eat.

And I think you’ll probably be surprised when I tell you a large amount of that stone of weight was lost by breathing out.

As they say in the shampoo advert… here comes the science.

We know that burning fuel produces carbon dioxide which contributes to global warming. Interestingly, human respiration and fuel combustion have the same end products – we breathe out carbon dioxide and water – but the processes that create this are very different.

Humans are much more complex and need vitamins and minerals in order for this reaction to take place.

One more bit of chemistry… the law of conservation of mass states that during any chemical reaction the total mass of the reactants must be equal to the mass of the products. What does this mean? Well, essentially, the number of carbon, hydrogen and oxygen atoms is the same before and after the fat is burned.

So, the stone in weight is lost predominantly via carbon dioxide being breathed out through the mouth and water loss (going to the toilet, sweating, breathing out moisture etc).

Every year we breathe out about 600 pounds of carbon dioxide, just with day-to-day activities.

When you’re enjoying your favourite exercise (maybe Nordic Walking up a hill?) remember this: you’re breathing in oxygen to metabolise the fat (and glycogen stores) and breathing out to release the carbon dioxide from their metabolism.

So next time you see an advert that promises you that their product will melt fat away, you now know better… all you need to do is breathe.