Home / Health / The truth about… being an alcoholic

My name is Jackie Elliott. I am 48 years old. I started drinking in my teens, like most of us, and drank cheap cider, weird-looking colourful drinks – this was before alcopops – and eventually discovered wine. 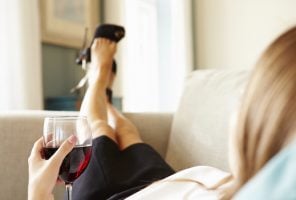 Like the narrator in my article, I clung to firm stereotypes of what an alcoholic is, and in a perverse way, I continued drinking to somehow prove I wasn’t an alcoholic… that’s how twisted my logic became.

Here’s the story of how I used to be…

“I saw an alcoholic in the bar the other day. She was skinny little thing, she had lines on her face – a typical bar fly, she laughed and joked with the bartender, like a regular. I couldn’t see what she was drinking – probably vodka, they always think that vodka has no odour, don’t they?

I felt sorry for her. Poor thing. She probably doesn’t know any different, probably one of her parents was an alcoholic. They say it could be genetic, don’t they? Or maybe there was some trauma in her life that can set it off?

You can’t help people like that. They have to hit rock bottom, and only then can they turn their life around. But they’ll have to go to meetings all the time. For the rest of their life. After all, if you are an alcoholic, it never stops does it?

Anyway, I finished my wine and went back to work.

I only have a couple of glasses at lunchtime. Wine’s not really drinking is it? It’s not like the hard stuff. Not like vodka. Gosh, when I go to France, they practically start in the morning!

See also  Hugs are good for you

And anyway, I only drink the good stuff. I never touch that swill that comes out of boxes.

When I get home, I always pour a glass while I’m getting dinner ready.

I love to chop the veg, and sip away, it’s so civilised isn’t it? And then when hubby gets home, we have a glass together, and talk about our day. It’s lovely to connect over a glass of wine.

I’ve stopped drinking red wine though. It stains my teeth. I’ve switched to white. Hubby still prefers red, so I buy a bottle of both, we can afford it, so why not? Sometimes, if I’ve finished my bottle, I sneak a little glass of red though, it’s funny, I always seem to want one more glass…

I’m so tired these days. I so often fall asleep in front of the TV. I can’t always remember what we watch anymore! Thank God for Netflix so I can catch up. 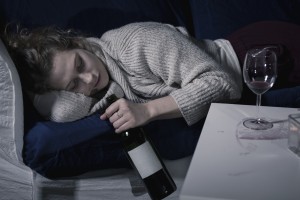 Hubby’s getting a little annoyed, he has to drag me off the sofa most nights.

We had a bit of an argument the other morning. Apparently, the other night, I posted something silly on Facebook – I must have been messing around with my phone – but I honestly don’t remember. He was pretty huffy, he even said I should slow down on the wine a bit.

Well, I guess he has a point, I got a bit merry last weekend when we went out. Not falling down drunk or anything, but apparently I was slurring my words… well I called my friend to apologise, and she laughed and said “Oh don’t worry, it’s only you being you… the life of the party!”

So I’ve no idea why he was so mad, you’ve got to let your hair down sometimes, haven’t you?

I guess I should try and cut down a bit though. I was late to work the other day, I slept right through the alarm, and then when I got up, all my underwear was still in the washing machine. I didn’t even bother to shower, and my head was pounding.

I got called into the boss’s office the other day. Apparently I forgot to file some important papers at the court house. Caused a bit of a panic… I don’t know, I just forgot. Anyway, he was quite unkind, said that my work was really slipping.

I didn’t get that promotion. My hubby was upset about that, too. We seemed to be quite comfortable, but my credit card bills have crept up. I was going to pay them off before he found out, but I must have missed a payment, and he took the phone call.

Well, that’s what’s going on in my life. I guess I just feel a bit low these days. I just thought that by the time I got to my age, life would be a bit easier, you know?

Well, could be worse, I suppose. I could be like that poor lady in the pub. At least I’m not an alcoholic.”

Facing up to reality

That was my life. That was how I thought, what I believed. But I was an alcoholic.

I put on weight, stopped taking an interest in anything but my drinking, my ‘me time’, my behaviour became erratic, and finally I began to have blackouts. Most nights, I had no recollection of going to bed.

I woke most mornings at about 3am, hungover, dehydrated and full of self loathing and guilt.

I tried for three years to moderate, cut down and control my drinking. I failed every time.

So I finally quit the booze for good. Turned my back on my love forever.

Why did it take so long? I don’t know. But it was the best move I ever made.

If you are concerned about your drinking, here are some suggestions to help you cut down or quit completely:

Since quitting booze, I’ve lost weight, gained back my relationship with my husband, reconnected with friends, written a book, started a blog, and created a website to promote sober living.

Life is awesome. And all I did was put down the bottle. 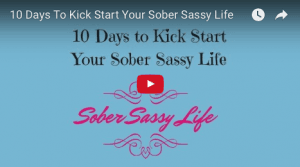