My life changed forever age 59, when I decided to leave my husband of 37 years. 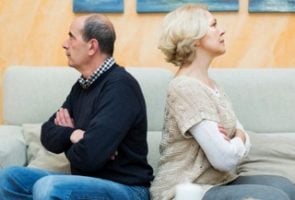 A huge decision, of course. But for most of the time I’d been married to Jim – not his real name – I’d been feeling lonely, unloved and unimportant. And I’d reached a stage where I just couldn’t stand it anymore.

We met back in 1965 at a concert at the Goethe Institute in London. I’d arrived early and the place was empty – except for one man sitting in the centre of the room.

I placed myself right next to him – a very un-British thing to do but I’d only been in London just over three months so I had no idea how many social and cultural rules I was breaking.

I liked the look of him but his hair was far too long. I was judging his appearance by Argentinian standards so I decided that, if I was planning to know him better, I’d get him to have his hair cut.

A month later, after we’d met a couple of times, I decided to see if I could make him fall in love with me. I’d read enough women magazines to have an idea of how to go about it.

Lessons learnt from ending a relationship

After 37 years of marriage, Jim and I parted company. Perhaps steamrolling him into a relationship just to prove my attractiveness was too high a price to pay.

I fleetingly wondered if I was ever going to find love again but that thought didn’t last long.  I had a life to build, a home to find.  Every day I learnt more and more about myself. I set about creating something – true friendships, a business. I couldn’t believe how much I was enjoying living on my own for the first time in my life.

One of the great things about my marriage was how much I learnt from the experience that is of value to me now.

I recently came across a quote that says, “there’s no such thing as failure, only feedback”.

The most empowering lesson of all was that I was not the innocent bystander I liked to believe I was.  It was so much easier to blame Jim for my loneliness and unhappiness.

I now know that I co-created our relationship which, I believe, started when I bulldozed myself into his life.

A new relationship can be frightening, no matter your age 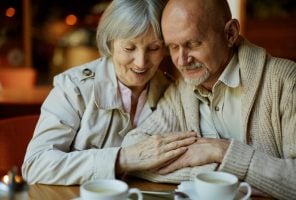 On Wednesday, 2 December last year, I could never have imagined that my life was about to change beyond all recognition. Paul – not his real name – came for a meeting, and after 12 years on my own, I knew I’d just met the most wonderful man. There was nothing to judge, only appreciate.

We started to develop a lovely friendship. It was so easy.  That was the most amazing thing. I didn’t feel the need to impress him or to try and figure out how I should act to get him to like me.

But then, confusingly, I felt vulnerable like I never felt before.

I started to over-analyse what he said, what I said, what I was thinking, what I thought he thought. As his messages become more romantic, I became more insecure.

My limiting beliefs about my attractiveness began to overwhelm me.  Suddenly I was wondering about my body.  It had been ages since I last wondered about my body.

I have scoliosis so it looks a bit off centre – that, plus the changes inevitably brought about by age – well, I was 70. The good news is, I look really good dressed. I didn’t think anyone was going to see me naked.

But I was beginning to feel distracted all the time. Even more unsettling, I was experiencing sexual feelings again. I hadn’t been with a man in nearly 20 years so I was starting to worry that it was too late – you know what they say, “if you don’t use it, you lose it”.

See also  Men and menopause: what do they really think?

I was feeling all that and more.

In April I got an email. He wanted to see me because there’s something he wanted to say. He added, “Don’t worry.  Nothing untoward.”

That made me really upset. There I was thinking very untoward thoughts and he says ‘Nothing untoward.’

I arrived at our café a little early, feeling really nervous.  Luckily, I didn’t have long to wait.

He walked towards me and sat in front of me.  He took my hands and without any preamble, he said, “Sue, I love you.”  And everything was all right again.

Taking that next step in a relationship 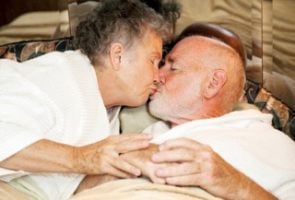 I truly believed I had everything I wanted, including the love of my friends. There was nothing missing. But on that day, I felt like I was whole even though I believed I already was.

All the insecurities came back – about my body, about having sex, about not being good enough in bed. Just in case, I thought it might be a good idea to buy one of those vaginal lubricants.

In the end, I was the one who crossed that line. “I want you to come to bed with me,” I told him. And we did.

All my fears flew out of the window. There was so much love, so much gentleness, so much care, so much patience.  As it turns out, I didn’t need any lubricants. He thought my body was beautiful – I thought he was either mad or blind but I decided to believe him.  That’s probably one of the greatest gifts I gave myself – and him.  To believe him.

We’ve been together eight and a half months. I trust him as I never trusted another man. I feel totally accepted. I feel totally safe. I never felt like that before. I can’t believe it!

We both have very similar life experiences, moving on from unhappy marriages to creating a good life for ourselves.

We both have a need to use our knowledge, skills, experience and gifts to help others. It gives us both a feeling of accomplishment and purpose.

We both have very similar needs and wants. But we’re not clones of each other either.

We’re different enough to enjoy really interesting conversations, to be open to each other’s point of view.  Neither one of us has the need to defend our position to the death or to be right at all costs.

I like him just the way he is and I, too, feel totally accepted – and appreciated.  It’s an awesome experience.

There’s a lot of truth in the saying, “start as you mean to go on.” I really believe that you can only do that if you know and like yourself.  That’s how you can trust yourself to make choices that really work for you.  That’s how you know that you’re worthy of true love, that you deserve to be accepted.

And the same is true for this other person, the one you say you love.

How on earth did we find each other? Why did we have to wait so long? It’s a question we often ask ourselves.  But, of course, I know what the answer is. The time for love is always right now. And this, finally, this is our time.