Home / Time off / Culture / The sequel to The Rocky Horror Show has finally arrived! 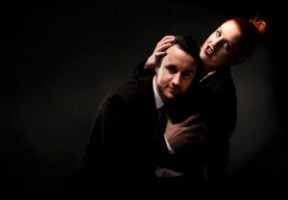 The iconic Rocky Horror Picture Show, music, lyrics and book by Richard O’Brien, premiered at the Royal Court Theatre on 19 June 1973. It ran for 2,960 shows closing on 13 September 1980. Shock Treatment, The long awaited sequel will open next week, on 17 April 2015 at the Kings Head Theatre…35 years later.

The Tarquin Productions musical is adapted from a 1980 film, penned by Richard O’Brien, with music by Richard Hartley. Its clever reality show setting was decades ahead of today’s television programming when it was first written, in 1979.

Benji Sperring, whose credits include participation in the Young Vic Directors Program, is Artistic Director for Tarquin Productions, the team bringing Shock Treatment to the stage. He has also been the driving force behind this project, which has taken more than a decade to come to life.

Taking place several years after the original Rocky Horror Show events, Brad and Janet Majors are struggling to find the happily-ever-after that never quite came to pass. Wanting to give the marriage a tune up, they visit hometown Denton’s local television station and wind up participating in a new reality show: “Faith Factory.” Will they escape or forever be trapped in an insane asylum run by TV doctors and shameless siblings Nation and Cosmo McKinley? Sometimes you just need a bit of Shock Treatment to get jumping like a real live wire.

Despite an overwhelming schedule, just days before the world stage premiere, Benji found time talk to us about the show.

What was it about Shock Treatment that made you want to bring it to the stage?

Benji Sperring:
I saw Shock Treatment years ago whilst I was studying at University. As an avid Rocky Horror fan, I was delighted to find out there was a “sequel” with some of the same cast. Even back then I was directing work, and it was a ‘pet project’ of mine to try to get it on stage – the music worked brilliantly, the subject of the movie had become exceptionally relevant with the advent of Big Brother and reality TV, and it was an unappreciated part of the Rocky Horror legacy. Over time, as I’ve grown as a practitioner, I’ve been able to work through the show and put together a team who could fulfill the renovations for the piece, and it has been great for it to come back. 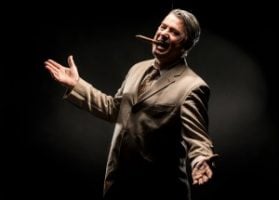 After planning and considering this project for over ten years, how does the actual project compare to your anticipation?

Benji Sperring:
The desire to do an “anticip…ation” joke is very high.

It’s very peculiar. I’ve not really had anything else in my life that I’ve been planning for so long, and whilst it hasn’t been at the forefront of my mind for the past ten years, it has certainly been something I’ve talked about with friends, done concept drawings, that sort of stuff. Now, to see it all come together is a bit of a whirlwind.

The first script, the music being adapted, the cast reading it out loud, the design of the piece – every step has been exciting. Richard O’Brien gave me some great advice just before we started – “Let fun be your guiding factor,” and I can safely say that I, and the rest of the company have taken that to heart. I’ve never been in a rehearsal room where we’ve had more fun, where everyone feels so comfortable, and where the phrase “just give it a sniff” has been thrown around so frequently and loosely.

What was it about Tarquin that convinced Richard O’Brien to go ahead with the adaptation?

Benji Sperring:
I gradually built up the ideas over that time, and – I hope – convinced him that there was something about what I was offering that was different to the myriad offers he must get for his work. I think the main thing was that I didn’t shy away from the fact that there were flaws in the original movie. I was quite honest, and said that a stage version would need to be reworked a little, and some of the characters needed adjustment and clarification of their roles, but that we would keep as much as we could of the original material and, of course, maintain all the wonderful music. Other than that, I had a face-to-face meeting with Richard Hartley (the composer) and went over the ideas and storyline, and they both seemed happy with the direction in which we were taking. Time will tell whether they invested in us wisely!

See the doctors and nurses yourself with:
Ben Kerr and Julie Atherton as Brad and Janet Majors
Mark Little as Farley Flavors
Adam Rhys-Davies and Nicola Carter as Cosmo and Nation McKinley
Music by Richard Hartley and lyrics by Richard O’Brien. Jim Sharman’s original book has been adapted for the stage by Tom Crowley.