Home / Work and money / Business / The secret of success: interview with Heather Gorringe of Wiggly Wigglers

An interview with Heather Gorringe, CEO of Wiggly Wigglers. What is the secret of her success?!

Sound business advice from a lady on a mission. 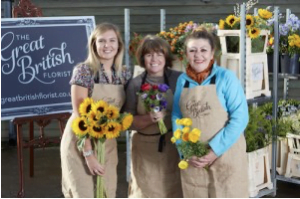 I meet Heather looking relaxed and smiley in the bright airy atrium of the Courtyard Theatre, Hereford. My first impression is of a remarkably down-to-earth and unassuming lady, yet she has single-handedly built a national, or rather international, online business with a vision of offering sustainable farming to all, starting, quite literally, from a pile of worms on her parents’ kitchen table. I want to find out the secrets of her success!

How did it all start?

‘Well, I just always knew I wanted my own business. I tried any and everything: from selling manure to printing T-shirts. Then I came up with the name Wiggly Wigglers and the idea of selling worm kits as a way to http://www.wigglywigglers.co.uk/compost waste. I literally sorted out the worms for the kits from a pile on my parents’ kitchen table. My first big breakthrough came when I sold 30 kits to Malvern District Council … tiny numbers, but it was huge for me.’

‘Initially, I had so many failures, but I think all entrepreneurs experience failure, it’s part of being in business.’
In 1992, somewhat fortuitously she married Phil who runs their farm and is her major supplier, but she is at pains to stress that their businesses are entirely separate, and indeed I imagine their business negotiations are as tough as any!

‘The need to prove myself. I wanted to prove myself to my father and now I suppose I am still driven by the same need.’ She says more than once that she doesn’t have a degree or any of that, so maybe that too drives her on … By any normal standards surely she has by now proved herself, but I suspect this drive is what singles out some individuals for success rather than others. Later on, she says that even if now the whole enterprise were to fail (pretty unlikely, I have to say, but as she says, no one is infallible), then she would simply start up again with something new.

She sees age as completely irrelevant in all of this, and pours scorn on people who judge others to be too old in their late 40s, 50s, or whatever age.

Why do you think your business has taken off?

‘Well, I suppose I found a gap in the market, and then told people about the gap and that my business was what they needed.’ This seems to me to a rather short statement to capture the simply massive amount of effort and the series of inspired bold decisions behind it.

Heather then explains how she has always been ahead of the game in harnessing technology to work for her. Budding entrepreneurs take note. She has been extremely skilful in building a large following on social media, but much more than this she has shrewdly invested ahead of the game in first a website in 1996, e-commerce in 2001, and then in podcasts (‘People wanted to know me and hear my voice.’) in 2005. It is clear that whilst other less far-sighted mortals might have seen these investments as risks, she sees them, and saw them at the time, as just things that had to be done.

What has been your biggest mistake?

‘Without a doubt, employing the wrong people. It spoils other people’s lives if you get that decision wrong; nothing worse than seeing someone unhappy coming across the courtyard to work! A mismatch in a role doesn’t give either party an opportunity to shine. In the last couple of years I realize now that I need a team of A-players, so there is no point employing others and hoping they will change. It’s not fair on anybody.’

See also  Prioritising: do you know what really matters to you?

What do you think about team-building techniques?

Well, I don’t think you can start too early with these, no matter how small the team.
The trick is to recognize and value the skills that everyone brings … creativity versus organization … detail versus big picture.

So for Mother’s Day in the florist business, when we do a huge percentage of our annual turnover, I need to give time to the florists to get the bouquets just right. We have used NLP [neuro-linguistic programming] a great deal, and it is fantastic. Others in the team can say, ‘Heather, I think you are having a really Red day today,’ and this is enough for me to know what they mean and perhaps modify my behaviour a little.

What does it mean to be a leader?

‘Well, as a leader everything is always your fault.’ I think she is being harsh on herself, but she explains. ‘If members of the team are falling out, it’s my fault, because either I recruited the wrong people, or I haven’t been clear on who is doing what, for example.’ I wonder if it’s hard to let go of your vision a little as more people join the team but here, as on all things, she is very clear: ‘You must never forget that it’s your vision, your values, your cheque book. Ultimately, you are the one who is accountable.’

She says the times she has let go of the reins are the times when things have gone wrong.
What Heather doesn’t go on to say, but I am absolutely certain it is true, is that she, like other leaders, is a workaholic – maybe though, because she so very clearly loves what she does, it doesn’t feel like work to her.

Tell me about the florists’ business …

‘Well, we had the idea for selling flowers, as it just fitted so naturally within the farm business, and we added this range to the Wiggly Wigglers portfolio. Sales were good and growing but we knew that it would be difficult for new customers and people who had never heard of us to buy flowers from a business called Wiggly Wigglers. We had to think of another name and way of operating if we were going to benefit from these potential sales. We gave ourselves a van journey from London to Swindon during which we all brainstormed, came up with The Great British Florists name. I said, “That can’t possibly be available, it’s too good,” but it was, so we registered the company in the van, and checked out that the domain name was free too, all before we got to Swindon.’ Nothing like getting on with it, but that, I would guess, is how Heather does everything … not impulsively, but once she decides to get on with it, then she does just that.

What is your single piece of advice to others wanting to run their own business?

She describes how two women at a business conference asked her how they should start their business after two years of research and she told them not to start! Her reasoning is that things move so fast in business that if you spend two years before you implement something, you will move so slowly that you will never catch up.

This refrain of ‘Keep doing it!’ rattles around in my head as I drive home. I don’t think there can be any better advice. Keep on keeping on, Heather.