Home / Time off / Travel / Notes from the Auvergne: the pros and cons of living in France

We hear from Claire Robinson on the pros and cons of living in France. 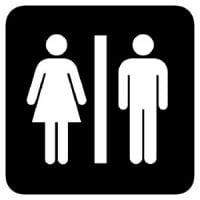 Living in France, like anywhere, has its ups and downs.

Let’s start with an unfortunately accurate stereotype…I have friends both here and from home who comment on the state of the toilets, especially public ones. Our local outdoor pool still has Turkish ones, or ‘squat boxes’ as my sister calls them. My son’s school only recently got rid of theirs and all the schools and public places, including shops, have no seats – the argument being that they are more hygienic and cannot be destroyed!

The first thing that springs to mind when thinking about the pros of living here is the health service – you don’t need to register with a GP or dentist, all you need is your medical card. You pay a flat rate (between 23 and 28 euros) and are then reimbursed by the state.

If you need further treatment, such as blood tests or scans, your ‘mutuel’ or insurance company that you pay into, covers the rest. Prescriptions are also dealt with in this way. So, the system is effectively semi-private.

That being said, eye doctors (the only specialists in short supply) spoil it somewhat – a 6-month wait for a check-up is normal.

Shops being closed on Sundays gets my vote as well. 24/7 doesn’t appeal to me and doing something else more productive than shopping does.

However, the downside, shops wise, is that many are closed on Mondays and between 12 and 2, even on Saturdays, which still frustrates me 12 years after moving here.

I also can’t get my head round why a chateau which is often only open for July and August, still closes bang in the middle of the day. Plus, unlike the UK, it is rare to find refreshments or a gift shop.

I remember several years ago going to an afternoon concert in Vichy, at their Opera house. It was a hot, summer day and during the interval there were no drinks, no bar, zilch. About 5 minutes before the concert resumed, a lone man appeared with a box of Cornettos and everyone rushed to get one.

My children certainly benefit from being bilingual and are more than happy they don’t have to wear a school uniform, a concept which is alien to France.

I would say they get a wide variety of subjects at the equivalent of secondary school, but the Baccalaureat, which is sat at 18, has too many subjects, including compulsory ones. The UK system allows a child to choose which subjects they excel in and they can also mix arts with sciences. Education is free and available to all. There are no high university fees but it is a very elitist system which, in some ways, seems to me to contradict its socialist culture.

On a positive note, I will mention food, which is very important to me. Fresh bread and pastries get a big thumbs up. Sunday mornings with a cuppa and a fresh, out-of-the-oven baguette is hard to beat. 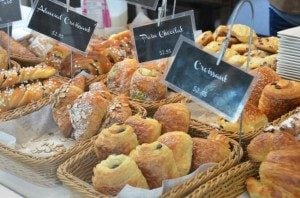 There are bakers and cake shops in most villages so it isn’t difficult to find a yummy éclair or strawberry tart if you so desire.

The final bug bear for me are the French telecom companies. They are useless at service and even worse, useless at communicating, which is ironic. We have had problems whichever provider we have used, whether it be with the fixed line, the ‘boxes’, mobiles not working outside of France when they should, the list goes on.

Still, when you’re off to get those pastries you won’t have to sit in traffic – there is rarely any congestion in our city or around it. That and the lack of overcrowding makes for a pleasant existence!