Home / Time off / Interests / The perfect remedy for a successful rally

How I keep a cool head under pressure. 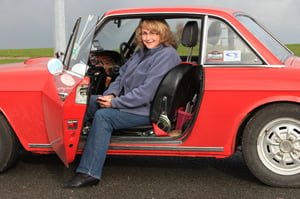 Sunday morning, day two of the Beaujolais Classic Car Rally in November 2013, and I was with a number of other rally co-drivers gathered in the hotel reception in Montreuil. The nerves in the room were palpable – stressed-out people chattering nervously, frantic, last-minute questions being asked and the occasional ‘why are we putting ourselves through this?’ In fact, you could have powered a few houses with the amount of energy buzzing!

And yet… there I was, sitting and feeling genuinely relaxed taking a few moments out to read my book. And there was Chris, my husband and my driver, looking relaxed – lending a fellow competitor a stop watch and explaining how to tackle some of the day’s challenges.

The secret? My stash of magic pills.

Before you get too outraged, I should explain that this is my kit of homeopathic remedies. I’ve discovered that they help to keep things ticking along, reduce our stress levels and help us to concentrate. They’re extremely safe, non toxic, non addictive and readily available.

A regularity is a section of the rally, over which we must maintain precise times and average speeds.As a co-driver, my role is to direct the driver along the route. Complete accuracy and concentration is essential, because there’s little room for mistakes and the slightest error can wreck your chances of a decent result. The regularity sections require each car to be on time, to the second, at each marshalled check point. It isn’t a race, as the speeds are dictated by the rally organiser and tend to be very slow through villages. Being early or late incurs a penalty and you don’t know where a marshal will be, so you need to be alert at all times. You can’t afford to break off to “discuss” anything that happens because that leads to disaster. Hence the need for the homeopathic performance enhancement…

My first rally, back in 2009, taught me just how stressful rallying could be, so was very different from today. I had looked forward to a nice relaxing long weekend away in France with Chris. It had been my suggestion that we did the rally as a treat for his special birthday, having heard that any car could be used. However, within weeks I was part owner of a 1976 Lancia Fulvia kitted out for road rallying as “nobody would talk to us if we went in a modern car”!

This should have given me a clue how keen Chris was to get back into this hobby. He had previously always driven, with his daughter co-driving. But as we were both on steep learning curves with a car that we had only had for a short while, he decided that I should drive this time.

After Chris (and therefore I) had a very sleepless Friday night we rushed to the rally start at a motorway services just south of Calais.  We hardly had time to calibrate the trip meter and stop watches (to match the rally coordinator’s) before we were off on the first regularity. Not surprisingly we went horribly wrong, missed a control and got 300 penalty points. The pressure was off and the only way was up for the remainder of the event (another five regularities) and we did OK.

We’ve done a number of rallies since and I do enjoy them. I now co-drive because I got fed up of being ‘shouted at’ (i.e. instructed!) when driving and keep a cooler head generally, as a co-driver, than Chris does.

READ  How to thrive in midlife...

Which brings us back to the Beaujolais Rally in 2013… in spite of our lack of nerves, by the morning break on Sunday (half way through) I was ready to give up rallying and spend the money on a week in the sun somewhere. We’d both made silly mistakes and so we knew we’d dropped a lot of points.

The results get posted just as dinner starts so I sneaked out to take a look. I was completely amazed to see that we had achieved first in class and third place overall. Yes, we had accumulated lots of penalty points but it turned out that most others had made even worse mistakes. We were very lucky but I’m sure some of our success was down us remaining clear headed and calm with my homeopathic remedies working their magic once again. 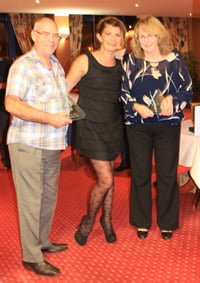 Our “prescription” for success:  For rallying anxiety there are a lot of possible remedies depending on the nature of the person and type of symptoms experienced.  I usually find Lycopodium Clavatum works well for us.  A basic range of remedies are available in chemists and health food stores. Thousands more can be obtained from homeopathic pharmacies.