Pounding head, feeling sick, the shakes… if you’ve ever overindulged on the booze then you might be familiar with these feelings. Otherwise known as the dreaded hangover. 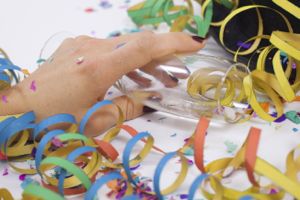 Most people know they won’t feel too good if they drink too much.

But what exactly is a hangover?

Your parents might have told you it’s caused by dehydration or alcohol poisoning, especially as they will never want to see you drunk or have to clear up your vomit again!

However, it’s a bit more complex than that. Doctors say it’s poorly understood, but there are a range of syndromes that contribute to the hell of the morning after.

Not only does the acidic alcohol lead to stomach and intestinal pain but you could also experience:

First is our old friend dehydration. Alcohol causes the kidneys to kick out water so however much liquid is going in it won’t improve the water balance in your system.

Alcohol also washes out electrolytes, which causes further problems with hydration. Wine and beer taste a whole lot better to a drunk than water.

Sometimes a sugary fizzy drink will just about pass muster but the amount of sugar in those drinks will contribute to the dehydration and to the problems with sugar balance.

Because the liver is busy detoxifying the alcohol it becomes slow about sorting out the level of glucose needed by the system to function. This can cause muscle weakness, headache, bad temper and general lowering of mood.

When we drink to excess, we set off a whole chain reaction in our bodies, which work hard to restore our balance.

Ethanol is broken down by an enzyme called alcohol dehydrogenase. For the purpose of this discussion we’ll call him Fred. Fred, bless him, is not your friend. He converts alcohol into acetaldehyde, which is about 30 times more toxic than alcohol.

So another reaction is required to convert the alcohol into acetic acid, better known to us as vinegar. The body then uses various other pathways to chuck this rubbish out of the system.

Of course Fred causes a few other problems. In a significant portion of the world’s population there is a problem with the Fred enzyme and alcohol is swiftly converted into acetaldehyde but the body then can’t work quickly enough to turn this into the vinegar.

The toxic stuff builds up very quickly and causes a red prickly rash known as Asian flush. This can also happen to anyone with the Asian gene, which causes the build up and genes being flighty characters they can crop up anywhere! The only plus side is that the result is so unpleasant such folk are less likely to become alcoholics.

Alcohol metabolism also interferes with the balance of stress hormones which can lead to the maudlin feelings associated (probably unfairly) with gin, and the aggression that piles up on our streets at weekends. The following morning these hormones are still struggling round the system because – you guessed it – the liver is too busy to deal with it.

What’s in your drink? There are plenty of additives and by-products of the brewing or fermenting process collectively known as congeners.

They are more common in darker drinks and less common in lighter drinks, and of course the excitingly coloured beverages you can stand a spoon up in contain another slew of curious additives.

Methanol (also known as methylated spirits and an indigestible relative of ethanol) can be present in small quantities and that metabolises into formaldehyde – better known as embalming fluid!

This has also been shown to be the case with aspartame, the well-known sugar alternative, so drinking your spirits with low-sugar mixers can actually contribute to your hangover.

A good drinking session can go on for some time. The continuous assault on your metabolism can lead to essential electrolytes, vitamins and minerals becoming depleted and this will ultimately lead to unwanted effects like headaches, cramp, stomach aches and the shaky unpleasant feeling which goes with the sensation something died in your mouth before you went to sleep.

If this little cautionary tale hasn’t put you off for life the following things can help: 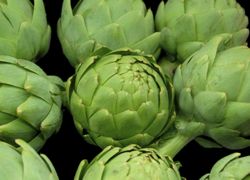 I don’t really believe in a remedy for a hangover. No one thing is going to make you feel better after you’ve comprehensively poisoned yourself with not just alcohol but all those delicious additives and brewing by-products.

However, artichoke (Cynara scholymus) powder capsules have a special place in my heart. They do the wonderful job of helping your liver to break down the alcohol more effectively and more quickly.

When you flood your system with alcohol your body can only respond at one pace. Once it has run out of the most efficient enzymes to do the job it recruits temps to help out from other detox pathways.

As is often the case with a temp, they don’t know where to put things or don’t do the job very efficiently and this can result in more toxic nonsense making you feel worse.

Artichokes contain direct precursors to some of the useful enzymes. Two capsules of artichoke powder before you go out, two when you get in and two when you wake up can turn certain misery into a significantly less toxic experience.

Happy Christmas one and all!

To find out more:
http://www.nottingham-herbalist.co.uk