February 14. Valentine’s Day, and supposedly the most romantic day of the year. Yet this was the day that one woman was told she wasn’t allowed to divorce her husband. 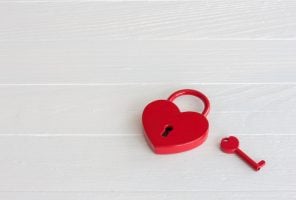 The case of Mr and Mrs Owens came to the Court of Appeal on this date, and is a good example of the apparent unfairness of our current family law.

Their marriage had been rocky for a number of years and Mrs Owens had admitted to an on-and-off affair. The couple separated and consulted lawyers before reconciling unsuccessfully. They finally separated in February 2015 and Mrs Owens filed her divorce petition in May 2015 based on Mr Owens’ unreasonable behaviour.

Currently in England, irretrievable breakdown is the only ground for divorce in this country, under the Matrimonial Causes Act 1973. This needs to be evidenced by one of five facts contained within the Act: adultery: unreasonable behaviour: desertion; living apart for two years if your spouse agrees in writing; and living apart for five years even if they disagree.

As the couple had not been separated for long enough, and nor could Mrs Owens rely on her own adultery, her only option was to proceed on her husband’s unreasonable behaviour. The definition of this is “…that the Respondent has behaved in such a way that the petitioner cannot reasonably be expected to live with the Respondent”.

This is the ground most regularly relied upon by people in similar situations to that of Mrs Owens. Her petition detailed five examples of her husband’s behaviour which included him prioritising work over home life, a lack of support, a loss of love and affection, mood swings, a critical and undermining manner and sleeping in separate bedrooms. Reading this, many people would probably accept that the marriage had irretrievably broken down.

READ  The royal baby: what are the grandparents' rights?

However, Mr Owens disagreed and instead defended the divorce. This is a highly unusual step – in 2016 it was only taken in approximately 760 cases (0.67%) of the 113,996 petitions filed. As a result, Mrs Owens had to amend her divorce petition to elaborate her case and provide further examples of her husband’s behaviour. Overall she set out 27 examples of Mr Owens’ behaviour, which she deemed to be unreasonable.

When the case came before the court, Mrs Owens argued that the cumulative effect of her husband’s behaviour had worn her down. She felt unloved, isolated and alone. Under case law, a subjective element needs to be considered – “…would any right thinking person come to the conclusion that this husband has behaved in such a way that this wife cannot reasonably be expected to live with him”.

The court in its judgment considered Mr Owens to be ‘old school’ and Mrs Owens to be ‘more sensitive than most wives’, and deemed the wife’s allegations of behaviour to be ‘…at best flimsy’ and ‘…scraping the barrel…’. Ultimately, the Judge was not of the view that Mr Owens’ behaviour was a consistent and persistent course of conduct.

Mrs Owens appealed but once again was unsuccessful. The Court of Appeal agreed that the wife ‘…exaggerated the context and seriousness of the allegations to a significant extent’. On appeal, the court pointed out that their job was ‘jus dicere non jus dare’ – to state the law, not to make the law.

The sad result of this case is that Mrs Owens, by her own words, is locked into a loveless and desperately unhappy marriage. It seems rather unbelievable that in this day and age someone who wishes to end a marriage is unable to, at least for the time being.

READ  The magic of... a mini break

But in this instance, the control that Mr Owens has over Mrs Owens for the next three years is deeply concerning. The Court of Appeal acknowledged that her petition would have proceeded if it had not been defended. The law which must be applied to these cases was described by the President of the Family Division as ‘hypocritical and lacking intellectual honesty’.

This decision flies in the face of everything that family lawyers are encouraged to do. Both the Law Society and Resolution – an organisation to which family lawyers subscribe to encourage a constructive and non-confrontational approach in all family matters – encourage family lawyers to adhere to a code of practice. This promotes an approach designed to reduce animosity in divorce proceedings by keeping any allegations of unreasonable behaviour brief, so as to satisfy the court but no more.

While it would be easy to criticise those involved in this case, the underlying issue here is the need for reform. The Government have for many years discussed, and then dismissed, the idea of no-fault divorce. This surely highlights how our current law is out of tune with modern day life.

This case is not tabloid fodder or fiction. It concerns someone’s life and if nothing else, should be a catalyst for change. 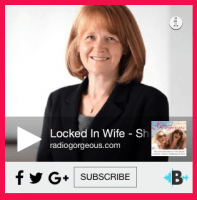 Jane Porter, Partner and Head of Family Law at Lester Aldridge, explains the phenomenon of the locked-in wife and how we can try to make divorces run smoothly.