Is it worth returning to studying after a first career? 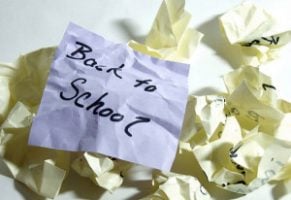 I did not arrive at a career until I was in my mid-thirties. I took a degree in History in 1975 and thought I wanted to be a social worker. Three years as a support worker in two residential homes convinced me that this was a mistake, and I became involved in a project to provide work experience for unemployed young people. We ran a community cafe on Stroud High Street and also offered training in building and office skills.

By 1988 I was living on my own in Bristol with my two children, Ruth, aged six, and Ed, nearly three, and decided to train as a lawyer at Bristol Polytechnic. Ruth was at school, Ed came with me to the Polytechnic’s crèche which, fortunately, he enjoyed – he particularly liked the dinners when he had a proper pudding with custard. Not the fruit and yoghurt that mum usually provided!

The hard part was the sheer volume of information that I had to absorb. Of the three periods of study in my life, I consider this the most challenging and my success the most satisfying.

I worked as a family and childcare solicitor in Hereford for 16 years and was fortunate that I could leave that job before I got stale.

The death of two men – my father and a mutual friend – was the trigger for me to resume my study of classical Greek. Both men had studied classics at university and retained a lifelong interest in the subject. I had studied Greek at school and I know now that this was the key to being able to take it up again. I realised, when I started an Open University language module in Classical Greek four years ago, how much the brain retains – I would certainly have struggled to learn a new subject (like Russian, for example).

See also  Bouncing back from redundancy...

For those of you considering a distance degree I would recommend the Open University. It offers academic rigour, support and mentoring through a personal tutor, and the opportunity to meet other students, both face-to-face at monthly meeting with the tutor and through telephone conferencing. My group still meets once a month to read classical Greek, at the Open University venue in Harborne, Birmingham.

One of the pleasures of studying as a mature student is meeting fellow students. This is a pleasure that I missed in my recent studies for an MA in Classics at University of Trinity Saint David, because I was a distance learner and so only met fellow students at the annual summer school. Isolation can be a problem – I think we all benefit from peer support.

I have now passed my masters degree with distinction and am about to embark on a PhD at the department of Classics and Ancient History at Birmingham University. The title of my thesis is Women in Herodotus: Agency, Authority and Rhetoric. I would love to hear from anyone whose interests are similar to mine.

I intend to do some teaching and mentoring at Birmingham once my research degree is underway. Is this a career move? Perhaps not, but I don’t feel ‘retired’ either.