Home / Happiness / Relationships / Dating / The Honey Hunter: where is my prince?

Extract from an online dating blog – The Honey Hunter 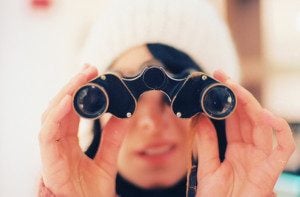 I am cleaning in my pyjamas wearing Marigolds. This is wrong, and simply would not be happening if I had a man…is it too early to start drinking?
I cannot lose hope. My Prince will come. He is out there somewhere, looking for me…if he’s having difficulty perhaps his seeing-eye dog will help him. I. Want. To. Cry…

How can I be the only person (probably) ever in the history of the world to be on her second dating site and still not have had a date? Over a thousand men have viewed my profile, more than three hundred have shown their interest by winking and what do I have to show for it? Two almost-dates and a handful of emails which are either uninspiring from a good looking chap or good from an uninspiring looking chap. 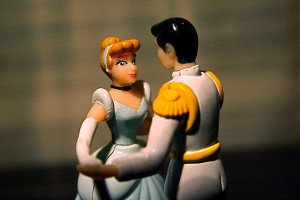 And, yes, I could have had a date had I gouged out my eyes and accepted one of the invitations from the Addams family, but I like my eyes, they are useful when I need to find something. I can’t help it if I like looking at pretty things. I know I’m 40 but I’m not into older men who look like older men, men who look like someone’s dad. Of course young men can be dads too, but being with someone who looks like a dad is just wrong.

Then the very young ones are just wrong too! The most beautiful 20-something-year-old winked at me…I nearly fainted with joy looking at his lovely young perfectly formed face…like Brad Pitt in Thelma and Louise…but I knew that next to him I would look like someone’s mum. His mum.

Maybe (here’s a thought) some of the old guys have sons who are in their mid-to-late-thirties? Would it be wrong to date one of the oldies once I have ascertained he has an eligible son and then go in for the kill? Hmmm…I think I need to take off the rubber gloves, put the vodka down and have a quiet, yet firm, word with myself.

Where is my prince? Dammit!