Be careful what you wish for…it came from nothing. All in one go. There was nowhere to run. Nowhere to hide. 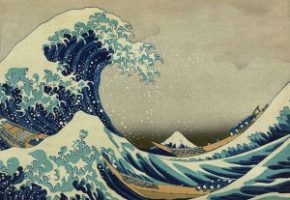 I can barely speak about it. I need to construct a shelter, rebuild my life, pick up the pieces and start again. What. Just. Happened?

Mr Smooth had been including lots of smiley faces in his badly spelt emails, coming across all friendly and easy going, until he suddenly thrust his phone number at me and ordered me to be spontaneous and call him. I panicked and ran to the toilet.

I am not sure that I want to give my telephone number to a stranger…and especially to one that probably cannot even spell ‘telephone’.

Why not ease in with Instant Messenger? Or just arrange a meeting? I am happy to go to meet someone in a public place and decide then if I want them to have my number. I have not replied.

Then Welsh Boy started getting flirty, which was fun to begin with, until it turned dirty! I. Cannot. Breathe. He actually told me to take my pants off… Still. Not. Able. To. Breathe.

Now call me old-fashioned if you must. But really? “Take your pants off.” Is that how to win a woman’s heart? Is that how young men woo women today?

I told him that I was going to keep them on. He became quite apologetic blaming my ‘hotness’ and the fact ‘it had been a while’ for getting him all fired up. Oh Lord. Was he typing with one hand? I have not replied.

Reeling from this I felt I needed some reassurance from a nice guy with a nice face so I winked back at Nice Guy, who has winked at me several times, who then emailed me straight away and asked if I had been propositioned by lots of exciting sexy men.

Now, I am no prude, I enjoy sex (if memory serves), I am in fact in my prime as a 40-year-old woman. I could take on any of these men’s libidos and leave them begging for mercy. However, I do expect to at least be bought a drink before being propositioned.

And even then he is going to have to work for it. Missy does not ‘do’ men on the first date, second date or even the third (unless he is really hot like Hot Guy – I really must get over him…) and most certainly not before there has even been a date. No. No. No.