OK there is action online. Yes indeed. Bring it on! Finally, some new toys for Missy to play with… In reverse order are Beautiful Boy, Afro Dude and Charming Man. 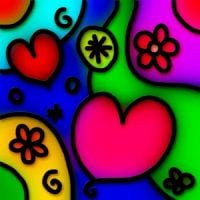 Last but not least: Beautiful Boy (who winked at me, yes, me!)… Swoon and swoon again and then swoon a bit more. He truly is beautiful… but he is a boy. I’m looking for a man with strong arms, piercing eyes and at least one wrinkle, preferably more. Did I mention he made me swoon? Maybe I could bump off his parents and adopt him? No maybe not.

On reflection the whole concept it wrong on a number of levels. I apologise.

Runner up: Afro Dude… a funky guy with a funky ‘fro. After a rapid wink exchange he emailed me within seconds and asked me to meet him for a drink that night!! It was all very exciting and spontaneous and then he ruined it all by telling me he is in fashion. A place I no longer go. I used to know where it was but I lost the directions some time ago and haven’t been there for a while. So the whole idea of the amount of time it would take for me to decide what to wear, to go on a date with someone who might use the term ‘on trend’ in normal everyday conversation, was enough to deter me from taking it any further. I simply couldn’t handle the heat (is that even cool to say anymore? Was it ever cool? Is “cool” a cool thing to say?).

The winner (drum roll please): Charming Man… What is it about this guy? Am I really easily taken in by compliments? No. I haven’t caved when others have used their best and smoothest lines. But there is something about Charming Man, apart from his ability to dish out the compliments and his straight-talking-no-messing way, maybe it’s that he’s not a boy, although he is younger than me (he has at least one wrinkle), or is it those baby blues (he has piercing eyes), or simply that he has flaunted himself without his shirt on? (He has strong arms… and the rest)… No. There is more. We’ve exchanged several emails over a handful of days. He’s also interesting, sweet and funny, and let’s face it, deal with it and move on: the man is sexy with or without a shirt.

READ  What is domestic violence?

I think I may need to get a room…