‘Life and soul of the party’, ‘possible marriage material’, ‘pretty sexy’…wow! I had no idea my friend felt that way about me.  I wonder if her husband knows? 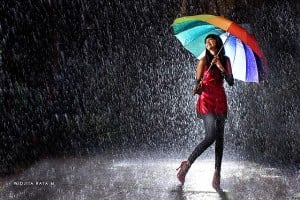 It is official – I have been ‘recommended’ on the third of my shortlist of dating websites. Eek! I have even ‘responded’ to the ‘recommendation’. I have uploaded a photo (taken three years ago of course) and I am online and ready for action. I don’t know what happened – I was resisting online relationships so well.  Then I spotted…Hot Guy.

Hot Guy is hot. We are the same age, live in the same area, enjoy the same things. If only I knew his surname I could start practising my signature. He. Is. Hot. He has great teeth and lovely big smooth biceps. A small winged dwarf in a loincloth has shot an arrow. I’m besotted.

Forget the winking elderly on the other website and the thousands upon thousands of men to choose from. They have all faded into insignificance now that I have found Hot Guy.

I knew others like me would find him attractive. I knew I had to move quickly, money had to be paid so that I could send that fine man an email and make him mine.  Now, I am of an age where I do appreciate value-for-money, so I decided I should find at least two other likely fellows to contact, just to keep Hot Guy on his toes.

It was like a mini attack of cupids – there they were: Young Gun and Naked Pilot. Both good contenders for relationships. Not the physical perfection that is Hot Guy, no, but Young Gun is funny and cute (I like a man who can make me laugh), and Naked Pilot has messy hair…and is after all a pilot (I am a woman – I have fantasies), although I am trying to ignore the fact that he mentioned naturism in his profile…

So, I have done it. I have written to them all, to Young Gun, Naked Pilot and Hot Guy. In the meantime I have been ‘favourited’ by the cast of The Night of The Living Dead and the male members of the Addams Family. Old Chap, Mr Chunk and Not Cool have emailed me and I have politely let them all down.