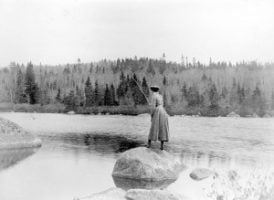 Well this is a first. Dumped BEFORE a date!

Blue Eyes has been considerate enough to let me know that his gut-o-metre was telling him to kick me to the curb, ditch me, throw me to the lions, press delete, shoot to kill… He said he didn’t want to mess me around. Yet, I put it to you, that it was he that suggested meeting up; he who teased me with the idea of fish and chips at the seaside, he who then downgraded it to a drink, only to downgrade it further to nothing. He is already guilty of messing me around.

I was gracious in defeat, although I was annoyed that he hadn’t even given me the opportunity to charm him with my whiles, woo him with my ways and make him my own. He is either not really looking for a relationship, was never really interested in me or has already had his gut-o-metre go off the scale for someone else who got in there first. I shall mutter quietly to myself for a few moments…

I was looking forward to the fish and chips…

The other fish in my sea sadly consist of the following: Specimen A: Wanted me to give him advice on his profile (I charge £100 per 50 words). Specimen B: Gave me his number and asked me out for a drink without so much of a hello (I’d rather go thirsty). Specimen C: Cannot spell ‘Bizarre’ (get a dictionary). Specimen D: Looks like a girl (no). Specimen E: Is wearing eyeliner and I would not be surprised if he had pointy vampire teeth (too scary). Specimen F: Wrote what appeared to be a letter of application (unsuccessful on this occasion).

And, why do foreigners who live in foreign countries keep winking foreign winks at me? Frenchmen, Spaniards, Italians… Don’t get me wrong it’s nice to get the attention of course but what kind of relationship are they hoping for? A bit of a saucy Skype session? Sex texts? Erotic emails? Flirty phone calls? Doggy style by letter? That is not what I am looking for – I want the good stuff right in front of me! You know what I‘m taking about, ladies. The goooood stuff, the stuff in the trousers. Although, the Italians can keep on calling me ‘Bellissima’ if they really really want to.

So, it is farewell to Blue Eyes and bugger off The Specimens.

I have to face it – Blue Eyes was simply not for me. Where is my mystery man? With all his instincts AND his manhood pointing in the same direction (me – in case that wasn’t obvious).

Where are you hiding? Show yourself dammit!