Extract from an online dating blog – The Honey Hunter 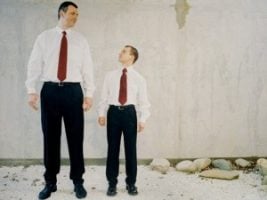 Well, I was charming, non-threatening, positively sweet and easy going. There was not a joke in sight, not a sniff of wit. Nada. Zip. Zero. I simply said I would be happy with any refreshing beverage (he had suggested coffee), and to let me know where and when.

And…still nothing from Tall Man.

I can only conclude that I must be on a very long list of ladies he is communicating with and he has to figure out how to fit me into his overbooked dating schedule.

Perhaps I simply have to wait for a cancellation or a no-show? Perhaps he is so high on coffee from the dates that he has had that he is dancing around his bedroom to very loud music? Or maybe he simply has no balls and likes to set up dates but not follow through?

So I guess the response to my email, if he had bothered to write one, would be: ‘nowhere’ and ‘never’. He asked me out! Dammit. Why would you ask someone out and then not do anything about it?

But I shall not dwell on this minor setback, as he was far too tall and probably has to have his trousers specially made for him, and I would only ever see eye-to-nipple with him and that’s no way to hold a conversation…

Anyway, I have other suitors. Yes indeed! There is Mr Smooth, Welsh Boy, and Nice Guy to help me get over and move on from Tall Man with his tall trousers with no balls inside of them. 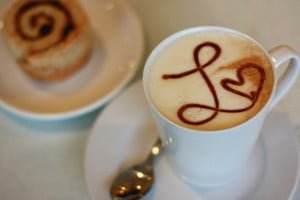 Mr Smooth looks very dashing and dapper in his photos, very well-groomed. However, his spelling is dreadful. And I’m really not sure I can date someone with such poor spelling of their mother tongue. I could forgive him if he was a foreigner or eight years old. Is it wrong to judge a man on his spelling skills? Does that make him a bad lover? Does that make me a bad person? Maybe I could just make sure he never sends me any cards, or letters or emails or texts…?

READ  What is true love?

Welsh Boy, on the other hand, perhaps can’t read all that well, as he states in his profile that his ideal woman is aged up to thirty. I have of course already been that age – but I don’t think that counts as to what he is looking for. He has a nice smile, although I wouldn’t pick him out of a line up of men I would normally be attracted to, but he can spell. Which is a bonus.

Nice Guy is, well, nice. Again not my normal type…maybe just too nice – which is probably a good thing as narcissistic, adulterous emotional retards should never be high on a woman’s ‘To Do’ list. He has a normal boy-next-door face. Just nice and normal. Nothing special.

Should I start branching out to nice normal guys? Forget the alpha male? Go beta? Even gamma? Surely not delta though?!

A man with a mono-brow has winked at me. He just did it again.