As the government plans to build more grammar schools, there seems to be a lot of opposition from people who say that selective education would increase inequality, and to be honest, I would have to agree. 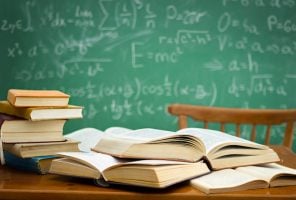 I have two grown-up children – commonly known as adults. One of them went to grammar school and one didn’t, so obviously I noticed any differences in how the two different schools operated.

As a single mother I was thrilled when my son passed his entrance exam to the local grammar school and was offered a full bursary because let’s face it, every parent wants the best education for their kids and apparently going to grammar was the Holy Grail.

He didn’t sit the exam for any other schools as he wouldn’t have been able to get there, but it’s a well-known fact that most children – whose parents can afford it – have to sit the exam for at least five or six grammar schools, hedging bets that they’ll get offered a place somewhere.

A full bursary means not paying anything at all towards any fees, but it’s safe to say that nearly all of the kids are from ‘money’, which sometimes was a problem, only in that some parents weren’t happy with their offspring being friendly with someone from the wrong side of the tracks.

The difference started immediately. At the bus stop where all the local kids waited for the school bus, my son got on an executive coach which took him to and from school. The homework was intense and although I knew he could handle it, I did wonder sometimes if he would be able to cope with all the expectations from not only his teachers, but his family.

And then the bullying started. One evening, just before I was setting off to go to a parents’ evening at my son’s school, he told me he was getting bullied from his friends. What should I do? Surely if I said anything the school would deny that there was a problem?

But I needn’t have worried. A teacher I saw brought it to my attention. Apparently a lot of bullying was going on across the whole of the school year and by the end of the week it had stopped. How? Because the children involved were threatened with expulsion that their fee-paying parents would have been up in arms about, that’s how.

If your child is going to be a scientist, doctor, lawyer or prime minister then yes, grammar school is for them. Being taught Latin in the first two years is a complete waste of time in the real world and the whole environment is exceptionally strict on young boys/girls who at age 11 don’t have a clue to what they want to be when they grow up.

Making a child sit that exam is more for the parent, not the child. Not everyone is cut out for that experience. My boy turned out to be more interested in media studies, which of course grammar schools are not interested in, so at sixth form he went to join the local college. There he blossomed, going on to Bournemouth Uni to study script writing for film and TV.

His younger sister sat the exam for the same grammar school but, although on a waiting list, she ended up at the local secondary school. Luckily it was known as a good school but that was due to a recent change in headmaster where more stricter rules were enforced.

A secondary school, though, has more pupils which means more problems as the class sizes are bigger. A demanding, easily distracted child can disrupt a whole lesson, with frustration felt by both teacher and pupils which is not ideal.

But a bright child is a bright child. Good teachers will always notice this and give encouragement and help when needed. Every school has league tables, hoping to attract the best children, but grammar schools are known to be elite so if the government pledged more money into the schools that nearly everyone’s children are going to, think how great that would be.

Both my kids got the same grades at GCSE and at A level. My daughter went on to do a Biology degree and after a lot of hard work is now starting her second year at med school.

Didn’t see that coming, did you?