Home / Time off / Nostalgia / The generation game: how has life changed?

The film Suffragette has got many of us thinking about how life for women has changed dramatically over the years. 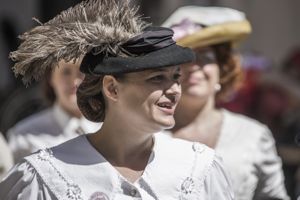 And this is a subject close to my heart.

Last year I enrolled on a short gender studies course. One of the essays was to compare and contrast my life with that of an older generation.

I chose my mum, and it was really interesting to find out about her life, as well as to discuss with her the changing attitudes and expectations of women over my lifetime.

Mum was born in 1943. Growing up, there was an expectation that women born into the working class would work in mills and factories.

For those who showed more aptitude at school and a desire that they wanted more, were guided into secretarial college.

This was the route mum took. Women didn’t often go to university – this was only really an option for those whose parents were wealthy.

In contrast, I always felt there was so much opportunity and encouragement to attend higher education.  In fact, since 1992 – the year I went to University – women going on to this type of higher education have outstripped men and were more likely than men to obtain a first or upper second class honours degree1.

We’ve all heard this phrase about how difficult it is for women to progress beyond a certain level. It was definitely true for my mum’s generation. 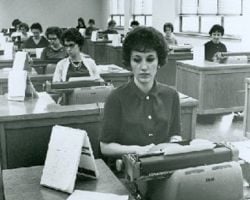 By the early 1960s she had become a Typing Pool Supervisor but this was as far as it went – there were no women above supervisor level.

Over the last 30 years, slowly there has been an increase in the number of women in professional and managerial roles2 – I work in one myself for a small charity.

READ  Turning 70: how life has changed over the decades

However, when Mum left work to start a family in the early 1970s, there was not the option to keep her job open, unlike the relative flexibility offered today.

What have I learned?

It’s really opened my eyes to the changes in attitudes over the last 30 years. I think the biggest has been in the expectation that women are brought up to see themselves as future wives and mothers.

Mum married at 21, but defying expectation did not have children until she was 31.  She said there was some pressure from peers, but the worst was from GPs.  She suffered two miscarriages at 28 and 29 and was told it was because she had left it too late.

I’ve never felt this kind of pressure. I was delighted to see on Facebook recently that an old school friend gave birth to twins at 41. Good for her. She pursued a career before deciding to become a parent.

I think there is still pressure on women, but it’s changed. Personally, I feel I need to be the best manager, colleague and wife as well as regularly attending the gym and having several hobbies, whereas mum didn’t feel any of these pressures.

Talking to mum was so interesting and I learned such a lot about her.

It made me feel grateful for the opportunities in higher education and work that I have taken for granted, as well as making me realise we don’t need to have it all.

Women have always been expected to make choices between career and family. Luckily for us today, our voices are listened to much more readily.