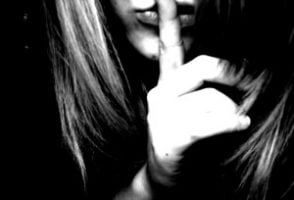 Well, prepare for a coup. Because I’m a member and I want to talk about it.

For few moments in life are as lonely as the one where you’re lying on a trolley in a darkened room, scanning the image of your uterus on the screen for a 12-week-old foetus and seeing nothing but blackness.

Other moments are to come: the shame of calling your close friends family and telling them that your baby didn’t make it (the one you’d bragged about whilst self-righteously erasing wine from your shopping list).

The fury at your own body for letting you down.

The grief that comes with losing a much-longed for child.

The nausea when, six months later, you see a couple wafting hand-in -hand down the street in the afterglow of new parenthood, smugly cradling a baby THAT SHOULD HAVE BEEN YOURS in an expensive Mamas and Papas papoose.

But that first lonely moment is the worst.

And no-one wants to talk about it.

Once the procedure (the quaintly-titled Evacuation of Retained Products of Conception) was over and I was back to quaffing wine, the doors to any communication about my miscarriage slammed firmly shut.

Locks and chains clanked on the other side and I was left with no-one but my empty uterus for company. And, with due respect, she ain’t no conversationalist.

Turns out my ball of cells had disintegrated early on – probably at around eight weeks. ‘Ball of cells’ is what people call it when they’re trying to make you feel better. “It was only a ball of cells.”

But what they don’t appreciate is that you’ve been in love with that ball of cells since it first registered on a pregnancy test. They have no idea that you’ve already named your ball of cells and decided on an outfit for its wedding.

So, I’d been carrying round the remnants of a dead baby for four weeks without knowing it. I’d still been calling it ‘Pip’ and talking to it in the bath. More to the point, I’d been abstaining from wine whilst my uterus kept up its charade. Four weeks of potential Shiraz consumption, squandered. The overall insult couldn’t have been any worse.

According to statistics, and every single nurse who tended to me during that time, one in five pregnancies will end in miscarriage. This was further evidenced when I eventually ‘fessed up’ to my miscarriage to a wider public. I was startled to learn just how many of them had been through the same thing. Heavy doors unlocked and they welcomed me into the Club – closing the door behind me. 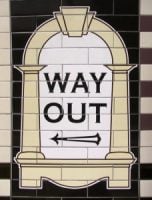 Details of scrapes and scans and sorrow spewed forth. Stories varied: some women, like me, had arrived at their twelve week scan expecting a baby, only to find themselves half an hour later handing back their maternity notes and ‘bounty’ pack to an apologetic receptionist. (I kept the free yoghurt-coated raisins though – did you?)

For others, the ‘ball of cells’ had dropped into the toilet along with a seemingly unstoppable and macabre flow of other Retained Products of Conception.

And some women had miscarried much later, and they found themselves having to give birth to the child whose name was already on the primary school list.

Yet whether it is shame, or grief, or because the subject is taboo, there was a tacit understanding that the first two rules of Miscarriage Club would be observed. And whilst I respect that some women find it too painful to share, for me, after my miscarriage, talking was all I wanted to do.

It’s devastating. It’s potentially life-changing. But it’s surprising who else has been through it and survived.