Toxic Shock Syndrome is a rare but dangerous illness. 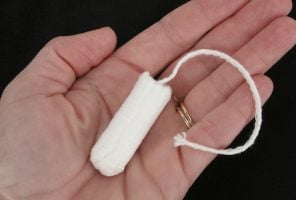 Any woman who has read the insert in a tampon pack knows this condition exists, but how much do you really know about it?

What is Toxic Shock Syndrome (TSS)?

Toxic Shock Syndrome is caused by either one or a combination of staphylococcus aureus and streptococcus pyogenes bacteria. These live harmlessly on the skin and in the nose and throat but once they invade the bloodstream, they can cause serious illness.

The toxins released by the bacteria damage tissue and can affect organs and the skin. If untreated or treated too late TSS causes organ failure and, eventually, death.

Who can get TSS?

Anyone who has had a streptococcus or staphylococcus infection can get TSS. This means men, women and children. People diagnosed with the illness have often had boils or throat infections caused by these bacteria. A young woman in the West Country has recently woken from a coma after three weeks as a result of a throat infection which turned to toxic shock syndrome.

Other entry points include burns, scalds and infected insect bites.

What is the connection between TSS and tampons?

A disproportionate number of sufferers are menstruating women who have been using tampons, especially the super or ultra absorbent variety. Experts are unsure why this should be a risk factor. Suggestions are that either leaving a tampon in too long provides a breeding ground for bacteria or that the texture of tampons damages the mucous membrane of the vagina and this provides an entry point for bacteria.

For this reason, women are advised to use only the lowest-absorbency tampons needed for their flow, so they can be easily inserted and don’t damage the vaginal walls. This also means they won’t be left in for more than a couple of hours.

READ  How I got my life back: Jennifer's journey beyond incontinence

If you are prone to flooding then you’re less likely to leave a higher- absorbency tampon in too long, but it’s not a good idea to use one for long wear and convenience.

Tampon manufacturers recommend tampons should be changed every four to eight hours – never leave one in for longer than this.

What are the risk factors for TSS?

What are the symptoms?

What do you do if you suspect TSS?

TSS is a medical emergency. There is no home care protocol or alternative treatment for the syndrome. It is difficult to know whether individual organs are infected and it is essential that these tests are performed as soon as possible.

A sufferer would feel severely ill and may be unresponsive. If you suspect that you or someone you know has TSS now is not the time to phone a friend or hang around calling 111. You should call 999 or take them to Accident and Emergency immediately.

As I mentioned earlier, TSS is very rare. But as ever, it’s always better to be armed with the facts so you can take precautions and be aware of what to look out for…