Home / Making a difference / The Call for Evidence: Older women in public life

Jean Rogers talks about a new government commission investigating the presence and portrayal of older women in public life. 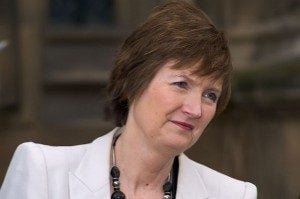 I am very pleased to report to that there has been an encouraging step forward in the area of recognition for the older woman in this country. My union, Equity, has been invited to submit written evidence to a commission looking at older women in public life.

We are busy putting together a report of the work my colleagues and I have been doing on the lack of roles for women in film and TV drama and the unequal representation of women’s lives and stories in the media.

Following on from the negative publicity in the press about the removal of TV presenter Miriam O’Reilly from the BBC’s Country File programme, and her subsequent Tribunal win, last September Harriet Harman (Shadow Deputy Prime Minister and Shadow Secretary of State for Culture Media and Sport) set up a Commission. It was established to ensure that public policy properly considers the lives of older women, analysing the issues that affect women as they reach their fifties, and, in the longer term, aiming to find policy solutions.

You may remember I was invited to contribute, on behalf of Equity performers, to a report commissioned by the BBC on portrayal, entitled “Serving All Ages” (published in January last year). In my evidence I concentrated on the portrayal, or rather the lack of portrayal, of women as they age and the findings of that report showed how much the general public agreed that there should be more representation of this section of society on screen.

You will be delighted to learn this new Commission recognises that there is a new generation of active older women in their fifties and sixties who have led very different lives from their mothers. They are the first generation to have “done it all” – caring for both children and their elderly relatives, whilst also holding down a job.

This generation of women expect to be treated as equal to men – rejecting the deference to men of previous generations of women. The Annual British Social Attitudes survey shows that in 1984 65% of women over 55 thought a husband’s job is to earn money, while a wife’s job is to look after the home. Today only 27% agree with this statement.

In 1983, 13% of women aged 45-64 thought that employers gave too few opportunities to older people when recruiting staff. Today 71% think this is the case. It is time public policy caught up to better reflect these experiences and expectations of older women. The Commission will be working over the next few months to enhance the public debate in this area and put this section of women at the heart of their policies.

A key concern of the Commission is the decision by the government in the 2011 Budget not to take forward the dual discrimination provisions in the Equality Act 2010. These provisions would have enabled people to bring claims if they experienced discrimination because of a combination of two protected characteristics, for instance age and sex.

The Commission will focus (although not exclusively) on three key areas and the interplay between them:

– Older women in the workplace

– Older women and their caring responsibilities

– Older women in the media and public life

The evidence we are giving is specifically regarding the ‘older women in public life’ working group of the Commission. The members of this group are Miriam O’Reilly, Arlene Phillips, Yasmin Alibhai-Brown and Jackie Ashley. I have also been invited to a round table discussion in May.

Some of the above questions have also been included in the other two strands: “Older women in the workplace” and “Older women and caring responsibilities.” The Commission aims to report to the Labour Women’s conference this September and this evidence will form the core of the report that the Commission will submit. As I said before, the aim of this exercise is to open up a debate and to put women in this age group at the heart of Labour’s future policies.

This is positive news; whatever your politics, it puts the issue rightly in the public domain, where it can be properly evaluated. Watch this space!