Home / Happiness / Family / The best board games for Christmas

Christmas in our house has become a blend of traditions from both mine and my husband’s families.

Over the years we’ve also started some of our own brand-new customs, one of which is putting a new family board game under the tree every year from ‘Santa’. 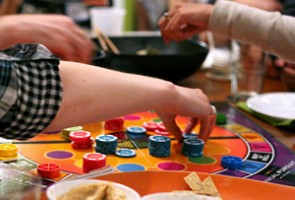 I love a good board game and I remember spending many a rainy Sunday afternoon and Christmas playing them with my brother, parents and grandparents. When I think of my childhood I think of these times.

In today’s technological climate, it surprises me that my children still enjoy playing board games, when I consider the lure of their smart phones and the hundred or so TV channels we have access to.

Personally, I think anything that encourages us to get off our various gadgets and interact with each other can only be a good thing and I think playing a board game together helps to promote a sense of family.

So, once the excitement of present opening is over, the turkey has been eaten and the leftovers placed in the fridge it’s time for the board games to come out.

There are some old favourites that I can always rely on to keep everyone happy whatever their age, particularly Monopoly, Yahtzee and Trivial Pursuit. However, there are some more recent games that have become firm family favourites.

The Logo Board Game 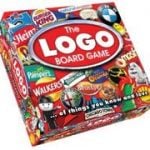 is a great game to play when you have a mix of ages.

It tests your knowledge of everyday products by asking questions about logos and advertising slogans. It really is scary how much of this stuff sticks around in the recesses of your mind. (Drummond Park, RRP £32.99. John Lewis have it for £21.84) 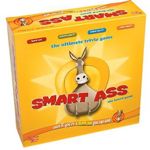 is another favourite, particularly with my teenagers.

One player reads out a list of facts about an object, person or place and other players have to call out when they think they know the answer. 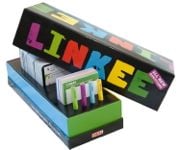 (now an afternoon quiz show called ‘The Link’) was Santa’s offering last year. Players need to find the link between the answers on the card.

If you team up a younger member of the family with an older one the kids often find the links faster than the adults! (Ideal, RRP £19.99. John Lewis have it for £16.99)

So, to this year and my annual trawl for a game to keep three generations of the family happy in the post-Christmas dinner slump. I’m looking for a game that has easy-to-follow rules, doesn’t take an age to play and will keep everyone entertained.

A quick look on the internet reveals four contenders: Dobble, 5 Second Rule, The Chase and Trivial Pursuit Bet You Know It. 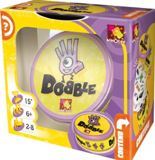 is recommended for ages 6+ and consists of a set of cards with small pictures on them. The aim is to find the one matching image between one card and another.

Online reviews suggest it’s a fun and easy to play game that would make a great stocking filler. I’m not sure it’s the right game to keep my teenagers amused for a long period on Christmas Day, but looks like it would be great to take on a ferry or plane journey. (Asmodee, RRP £12.99.  John Lewis have it for £10.39) 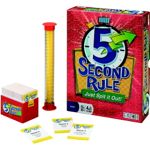 is recommended for ages 8+ and players are asked to name three things in five seconds.

READ  When might a family lawyer or mediator assist you?

It is described as, ‘easy to play, inclusive and a good laugh’. Reviews suggest it is a great party game and very addictive.

Sounds like a good bet to me and lots of fun and, crucially, sounds like it can be played without moving off the sofa! (University Games, RRP £19.99. John Lewis the mini version for £8) 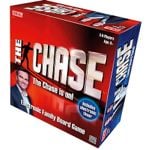 is based on the ITV quiz show and from what I can tell follows the programme pretty closely.

Reviews say it has easy-to-follow instructions and I can imagine that if you’re a fan of the show you’ll love this game. However, I’m not sure how easy some of the questions would be to answer for my ten year old son. (Ideal, RRP £22.99.  John Lewis have it for £18.99)

Trivial Pursuit Bet You Know It 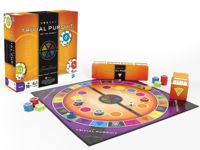 is a new way to play the classic favourite and gives players the chance to win a ‘cheese’ on each go by betting on whether or not your opponent knows the answer.

It is described as more inclusive than the original game and keeps players involved at all times. One reviewer suggested that you could ‘add in’ cards from other sets and use them as well, which sounds like a great idea.

All three of my children said that Trivial Pursuit was a favourite game of theirs and I think the added betting element of this new edition will make it a winner. All I need to do now is add it to my ‘Santa list’. (Hasbro, RRP £29.99.  Currently on offer at Amazon for £24.67.)