Emily Watson’s complaint about feeling she must always be perfectly turned out, i.e. made up to the nines, because her fans expect it, made me think how the beauty business always reflects the times we live in, and in particular women’s place in society. 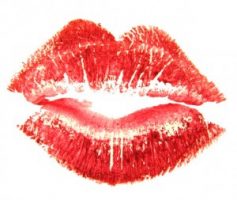 I researched this for a book a few years ago (Ugly Beauty, published by HarperCollins) and I found that societies that discourage cosmetics – e.g. where fundamentalist religion rules, or Victorian England – are generally ones where women have no place in public life. The excuse has always been that married women shouldn’t be interested in attracting men – the assumption (quite wrong, in my view!) being that we use cosmetics purely for that purpose. As a result, or at any rate in contrast, the use of cosmetics has always been a sign of independence and female empowerment – the New York used red lipstick as a badge.

This being so, it’s no coincidence that the beauty business was where the first big women’s business successes happened. While men were busy disapproving of cosmetics, women like Helena Rubinstein and Estée Lauder, working in the first half of the twentieth century when women were beginning to enter the jobs market and become financially independent, realised there was a huge potential market out there, and made a vast and swift fortune supplying it.

But (as Emily Watson shows) the position now is much more complicated. Where cosmetics began as a sign of independence and the right to do what we like with our own bodies, another less positive aspect soon crept in. Women worried that if they didn’t make up and dye their hair – i.e. if they let themselves look their age – they’d never compete in the jobs market.

And as digitisation and plastic surgery have become the norm, things have changed even more. Before, cosmetics were a way of making the best of what you actually looked like. But now, nobody has to look the way they were born!  Digitisation shows us what we could be if only we looked different – and plastic surgery, at least up to a point, offers the possibility of achieving this.

So these days our actual bodies aren’t the end product, but just a blank sheet on which, theoretically, we can sculpt our ideal selves.

The only catch is that that ideal self never can be achieved: for the only certainty about perfection is that it’s always just out of reach. So all we have is a recipe for endless discontent (and rich plastic surgeons.)

I think Emily should sod her fans and do as she wishes. She’d be striking a blow for all of us.